How the Reds will lineup next year… potentially as champions.

The kit that Liverpool could be wearing potentially as Premier League champions next season has been leaked.

Here is the first glimpse at how the Reds will look in the 2014/15 campaign, a year in which they could be the English champions for the first time since 1990.

This is because with just five matches left Brendan Rodgers’ side top the table and a win at Anfield against Manchester City on Sunday will take them a big step closer. 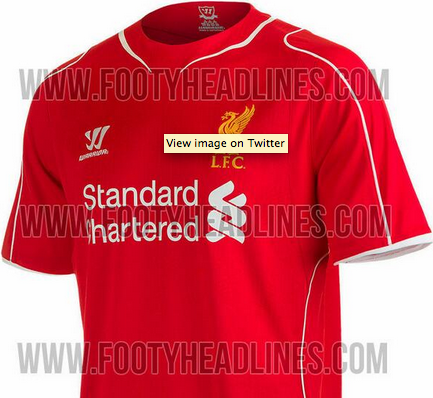