Teenage tennis star Donna Vekic found herself caught up in a row between Nick Kyrgios and Stan Wawrinka this week.

The 19-year-old Croatian is currently dating Wawrinka, who was subjected to a rude piece of sledging in his Rogers Cup defeat to Kyrgios.

Australian Kyrgios was riled by Wawrinka and reacted by saying: “Kokkinakis banged your girlfriend. Sorry to tell you that, mate.”

Thanasi Kokkinakis has partnered Kyrgios an Vekic in doubles matches.

So who is Donna Vekic?

She has won one WTA title to date – the 2014 Malaysian Open, where she beat Dominika Cibulkova in the final.

If you don’t know what Vekic looks like, we have a treat for you. We have rounded up 10 hot photos of her right here… 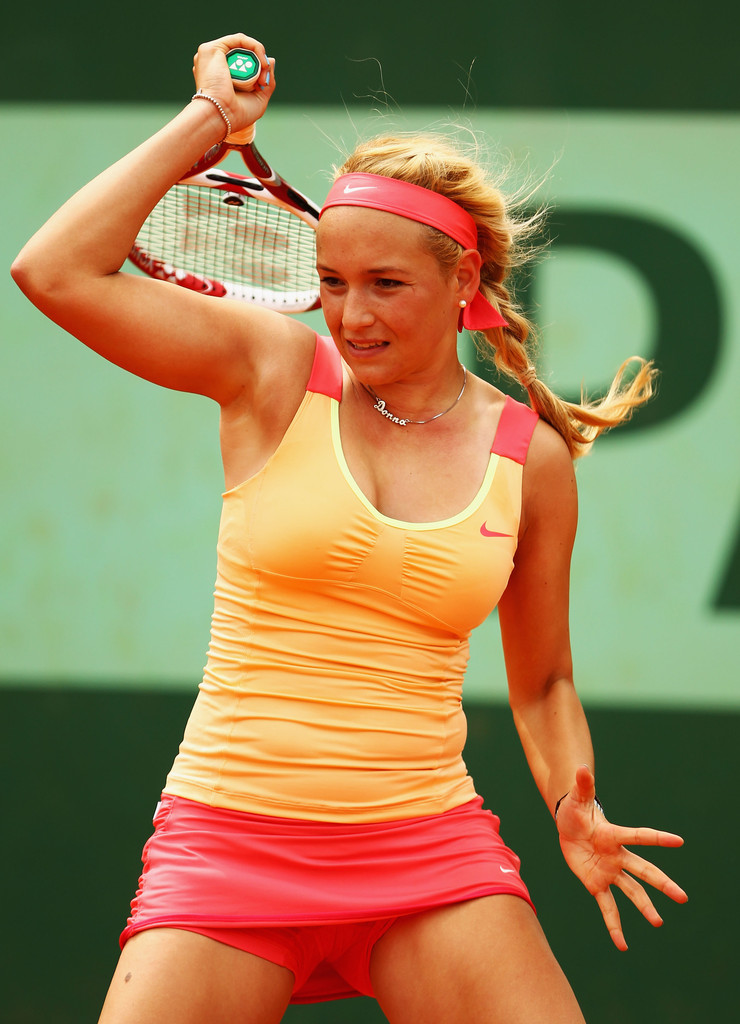 Private: (Video) Watch the incredible tanking Nick Kyrgios has offered no apology for