Liverpool have completed their ninth signing of the summer by snaring highly-rated teenager Elijah Dixon-Bonner from Arsenal.

The 15-year-old, who has represented England at youth level, confirmed the switch between two of the Premier League’s elite on Instagram. 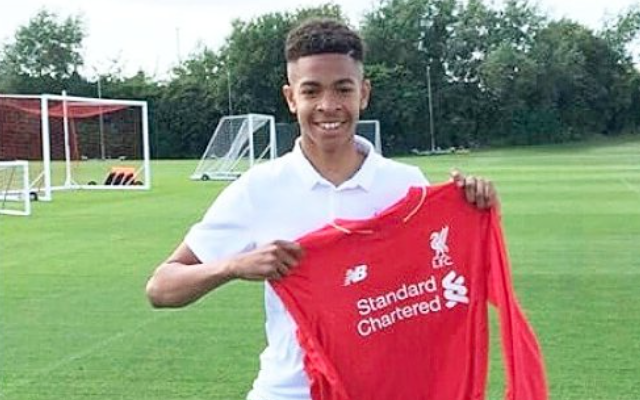 He said: “I am very happy to announce my signing with Liverpool FC on a long-term deal. I am proud to be joining such a great club and look forward to starting my new journey”

A member of the Arsenal squad which competed in the Marveld U15 Tournament in the Netherlands in May, Dixon-Bonner is the youngest of Liverpool’s nine summer arrivals and follows fellow prospects Bobby Adekanye, Brooks Lennon and Joe Gomez in moving to Anfield.

Liverpool have a history of poaching young talent from the capital. Raheem Sterling joined from Queens Park Rangers in 2010, and is now expected to make a £50m transfer to Manchester City.