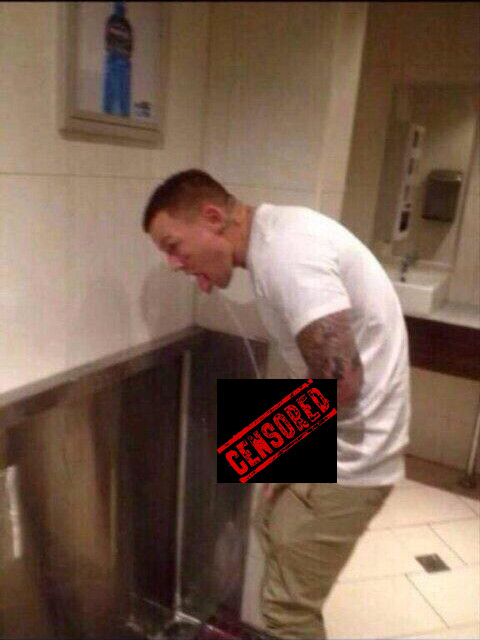 Has the NRL done enough to help Carney, did he want their help, and what now for the sacked star.

Was the above photo staged so Carney could sign with the Salford Red Devils?

Teammates and friends visit Todd Carney at his house after being sacked.

Carney’s manager says he would not have been sacked if he was playing for any other NRL club – read more.

It seems the troubled career of Cronulla Sharks player Todd Carney is set to take another turn for the worse.

After numerous incidents off the field relating to alcohol that saw his career nearly destroyed while at Canberra, Carney returned to the NRL and triumphed with the Sydney Roosters.

Now with the Cronulla Sharks a photo of Carney urinating into his own mouth while standing at a trough inside of a toilet is now doing the rounds on social media.

It is unclear at this stage who took the photo, if it was distributed against Carney’s wishes or if the NRL or Cronulla will take any action against Carney for bringing the game into disrepute again.