Controversy over urination photo not set to die down any time soon.

Todd Carney and his management team have officially filed an appeal regarding his swift sacking from the Cronulla Sharks in the wake of a lewd photo which went viral on social media.

Carney’s agent David Riolo wrote to the NRL on Friday saying that two of the Sharks board members were not even consulted before the decision was made to sack the former star five-eighth.

Riolo went on to explain the process by which Cronulla fired his client did not follow the guidelines set out in the collective bargaining agreement set down between the NRL and the Rugby League Players Association.

“Todd was on long-term contract at the Sharks and he got fired by a phone call which ironically came after the press release had already been sent out and also still hasn’t received any written notification five days later of a breach notice or even a termination,” Riolo said.

“There are things within the NRL contract, a process that needs to be followed and it is clear as day what you have to do and that is send a breach notice, that then gives the player five days notice to attend to that and appear before the board.

“None of this has been followed and he has just been treated with complete disrespect. Regardless of the issue I think everyone deserves a fair hearing.”

It is understood that Carney, who was signed by the Sharks with a no-second chance clause in his contract, had committed other off-field indiscretions this season.

However, the club was forced to act when a photo of Carney attempting to urinate into his own mouth spread quickly via social media last Saturday night.

Less than 24 hours after the photo first became public knowledge the remaining three years of his contract at the Sharks was torn up. 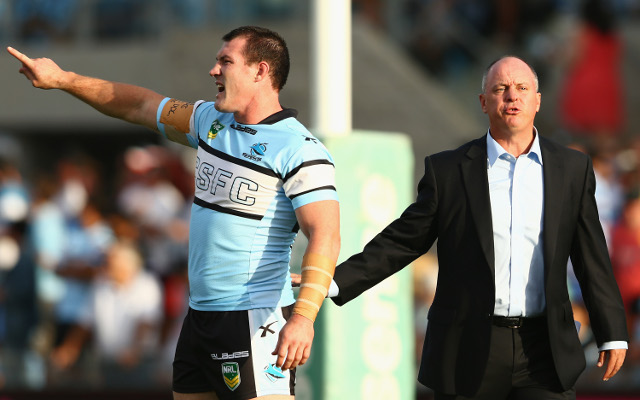