Jordan Henderson may have reason to be a little irked when he sees the newly-released FIFA 16 ratings.

The Liverpool star won a poll to join Barcelona superstar Lionel Messi on the cover of this year’s edition of the most popular football console game in the world, ahead of Sergio Aguero and Harry Kane.

But the England international, who is the new captain at Anfield following Steven Gerrard’s departure to the MLS, does not have a rating fitting of one of the faces of the franchise.

His 79 rating puts him behind vice-captain James Milner (80), level with out-of-favour Lucas Leiva (79) and only two ahead of Joe Allen (77) when comparing Liverpool’s midfielders. 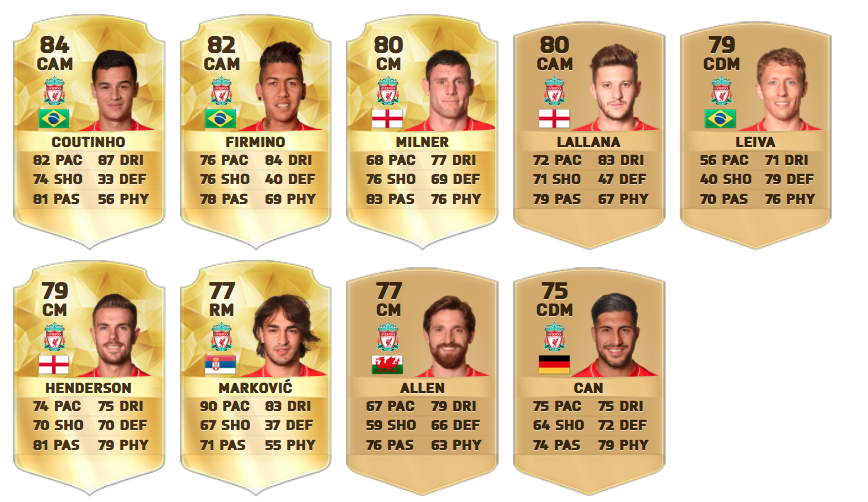 And Dejan Lovren and Alberto Moreno, both of whom have it all to prove to the Kop after disappointing debut seasons following £20m and £12m arrivals respectively, are rated the same as Henderson.

Even £18m signing Mamadou Sakho, who cannot currently get a game under Brendan Rodgers, is rated higher than Henderson at 81, while ageing defender Kolo Toure is just one rating lower.

Henderson scored six goals and contributed nine assists in 37 Premier League appearances for the Reds last season. The Liverpool scouts at EA Sports have some explaining to do!