Arsenal take on Liverpool at the Emirates on Monday night, but which players from the two clubs make our combined XI?

Cech may have had a shaky start to the season, but he remains our pick ahead of Simon Mignolet as he can be a huge difference for his team.

Bellerin’s pace and overall contribution both going forward and defensively see him just edge out Nathaniel Clyne. The Spaniard saw the start of his season disrupted by injury, but he will get back to his best sooner rather than later.

The Frenchman is a crucial part of the Arsenal squad, as if he commands the defensive line then the Gunners are a much more solid unit.

Similarly to Koscielny, Skrtel can be a huge presence in the Liverpool defence and he would certainly walk into many other teams in the Premier League.

Joe Gomez has impressed for Liverpool so far this season, but Monreal is the more experienced man and gives a more realible contribution. 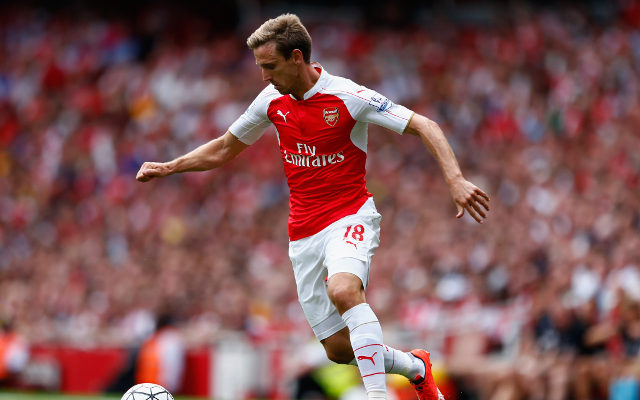