Once again an Arsenal player finds himself on the back pages for all the wrong reasons.

On Thursday, it was the turn of goalkeeper Wojciech Szczesny, who was caught out by The Sun, who published a new picture of him smoking during a recent trip to Poland.

Szczesny got in trouble for lighting up in the showers earlier this year. He incurred the wrath of Gunners boss Arsene Wenger by smoking in the facilities at St Mary’s Stadium following a 2-0 defeat on New Year’s Day.

He was given a second chance, but has he blown it now? 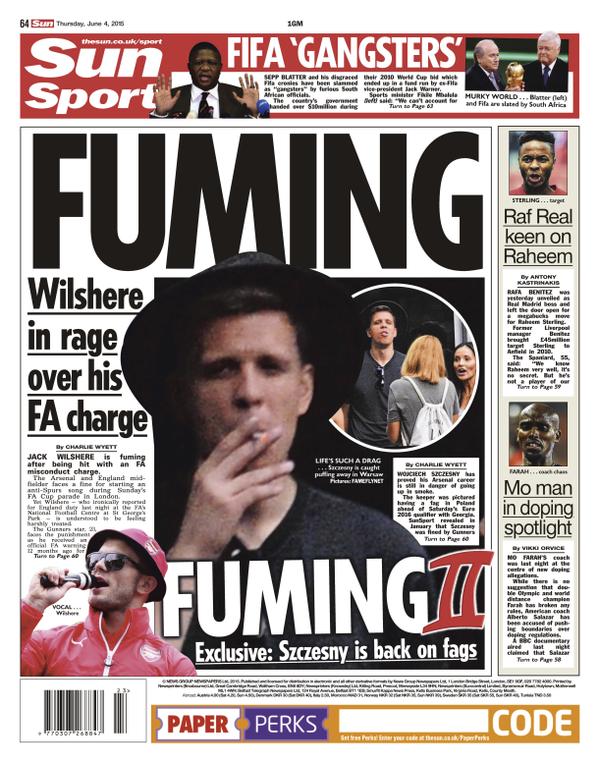