After only four rounds of the AFL season, already there have been several strong candidates for mark and goal of the year from across the competition.

Melbourne’s Jeremy Howe again defied gravity to lodge his second nomination in as many weeks while Jack Riewoldt showed plenty of strength to grab a pack mark for Richmond.

Leading the charge for goals of the year this week is little wizard Alwyn Davey, who showed he doesn’t even need to have the ball in his hands to get six points for his team.

Check out all of the highlights from the AFL in the video below: 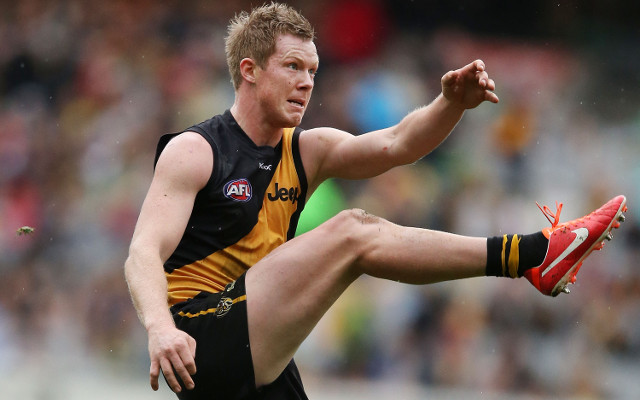