Club takes action after another horror year in the AFL as they again struggle with just one win.

Melbourne FC coach Mark Neeld has been sacked by the club with time still remaining in his current contract, and will be replaced by assistant Neil Craig for the rest of 2013.

The news ends Neeld’s unhappy tenure at the club which saw him win just five games and lose 28 in his year-and-a-half in charge.

The club is also under financial pressure which will not be helped by Neeld’s sacking, with the former coach set to be paid out the $600,000 still owed on his deal.

Demons CEO Peter Jackson called Neeld and told him he had lost his job, before the former leader fronted a packed press conference saying he understood constant speculation around his future was harming player’s development.

“Hard decisions had to be made,” Neeld said.

“You know we’re 18 months into a three-year contract, so I would have loved to have seen it out. It wasn’t the case.

“So that’s hypothetical, too.

“I would of loved to have seen my contract out.

“I’ve enjoyed the AFL as an industry.

“I’ve still got a few mates around, someone might give me a job.”

It is the latest controversy for a club undergoing a peptides investigation, and which has just withstood the sacking of CEO Cameron Schwab and had president Don McLardy stand down last week.

From day one the appointment of Neeld has caused problems at the club.

While the club was struggling when he took over 18 months ago, Neeld turned the club on its head from the start with his hardline stance to all aspects of his leadership, with notable casualties including Brad Green and Liam Jurrah amongst others. 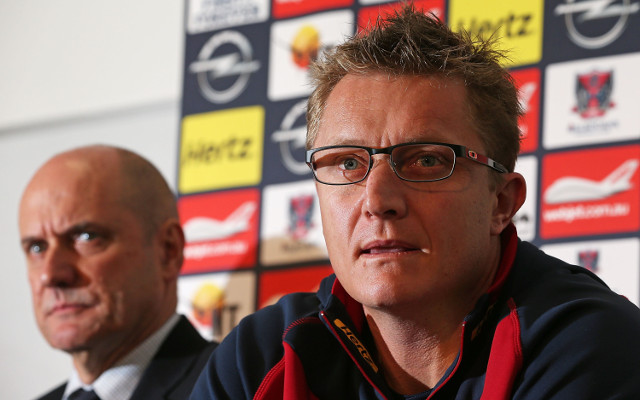 Neeld also appointed Jack Trengrove as captain in a move that has backfired, as the youngster has barely played since been given the honour, while also ruffling the feathers of older players in the side.

Melbourne’s development and recruitment has also been been nothing short of a disaster as they hoped senior players would bring about much-needed change on and, more importantly, off the field.

But players such as David Rodan, Tom Gillies, Shannon Byrnes, Cameron Pederson and James Sellar have not performed while the side’s midfield lacks talent.

Neeld came into the club with glowing endorsement from former Collingwood coach Mick Malthouse when the now sacked coach worked under him.

But the gameplan Neeld implemented at the Demons looked as if it had been ripped out of the Pies’ playbook, and resulted in several big names leaving the club at the end of last year, as they could see where the winds of change were taking the club. 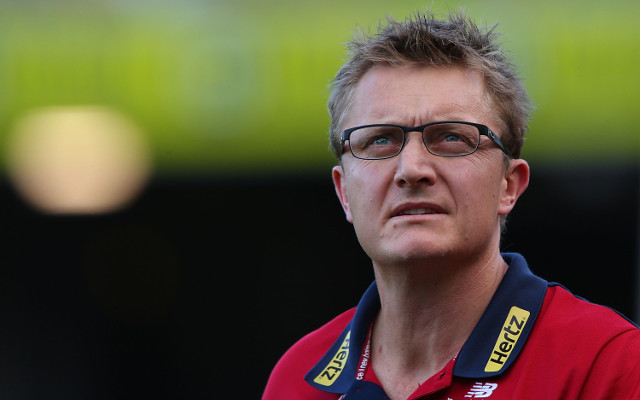