New rules cause confusion amongst officials as Magpies star is cleared.

Collingwood wingman Harry O’Brien will be free to play Richmond in round four after the AFL umpires association admitted they got it wrong in charge the Magpies’ star with rough conduct against Luke Hodge.

In the blockbuster clash between Hawthorn and Collingwood, the new interpretation of sliding was put to the test when Hodge threw himself at the ball and the feet of O’Brien.

The incident saw Hodge cop a knee to the head with the Hawthorn skipper earning the free kick in spite of the new rule said to prevent sliding at the ball, causing confusion among fans and analysts.

“After viewing all available footage and speaking to the umpire who laid the report on the day, it was the view of the panel that Hodge’s action contributed to the contact below the knees on O’Brien and the Collingwood player should have received a free kick,” the panel said.

“It was the panel’s view that O’Brien’s actions were not reportable and no further action was taken.”

The league then took the unusual step of releasing a statement to clarify the incident.

“Umpires are instructed to lay reports on match day, where they deem it appropriate, so that players are aware the rules around player safety will be enforced, and to ensure that on-field discipline is maintained for both teams,” the statement said.

“Upon review, it has been determined the decision to report Harry O’Brien for rough conduct on Luke Hodge was incorrect.

“Umpire Ryan reported O’Brien based on him believing that O’Brien had initiated contact on Hodge by moving towards his opponent and bumping him high from front on.”

The incident was just one of many from the weekend with Match Review Panel Chairman Mark Fraser explaining the reasons behind all of the gradings and charges below: 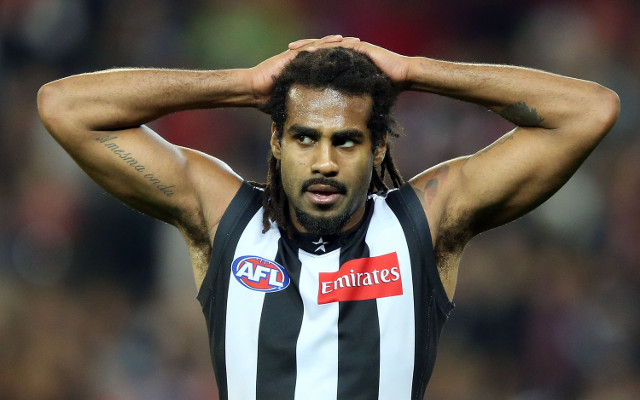