Greater Western Sydney Giants defender Heath Shaw was lucky to escape only with concussion following a collision with Sydney’s Kurt Tippet during his side’s 46-point loss on the weekend.

Tippett’s flying knee collected Shaw’s jaw during a marking contest, which left the Giant on the ground and not moving.

The Giants allayed the any fears of serious injury by posting a photo Shaw smiling in hospital. 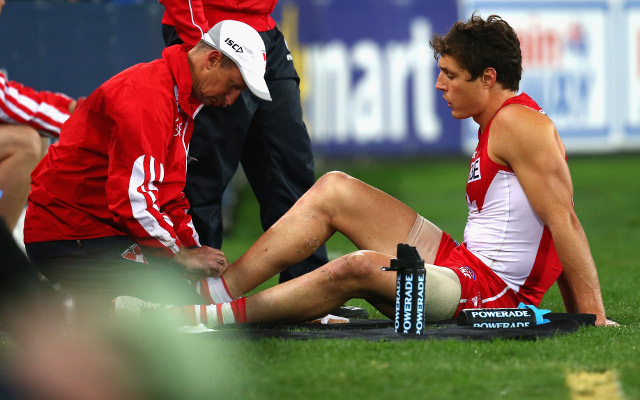