Kurt Tippett will miss the Swans’ next two matches after suffering a minor knee injury.

Sydney Swans gun forward Kurt Tippett will miss his sides clash with ladder-leading Port Adelaide on Saturday after it was revealed that he would today undergo surgery on a minor cartilage tear in his left knee.

Tippett sustained the injury during the Swans’ win over Gold Coast and will undergo arthroscopic surgery today and will most likely miss two matches.

Swans coach John Longmire confirmed that the 27-year-old’s injury was minor and is hopeful he will return for the round 15 clash against Greater Western Sydney.

“He’s got a little bit of cartilage that requires a minor operation,” Longmire said.

“He’s having an arthroscope today in which case they’ll trim a little bit of the cartilage that’s just been catching.

“It’s a minor operation and he will miss two games and will likely be back in three weeks’ time.”

With Tippett having the operation today, Longmire said he will be able to begin this rehabilitation program as soon as Wednesday.

“I think he’ll start leg weights if not tomorrow, then the day after, so he’ll be into it pretty quickly.

“Our doctor is confident that he’ll be going pretty quickly, so once he gets today over and doen with he’ll be getting better each day.” 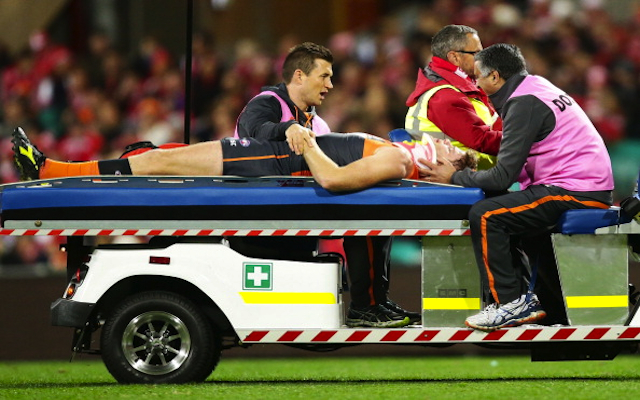