Get all of the latest information here and watch every second of the game.

Upset winners from round one meet at Etihad Stadium on Saturday to fight over an unlikely 2-0 start to the season.

St Kilda, undermanned and in the early stages of a long-term rebuild, beat Melbourne by 17 points with a depleted midfield, other experienced players out and three debutants.

They look to have found a player in Luke Dunstan, who is this week’s NAB AFL Rising Star nominee, while Tom Curren looks set to play an important role this year.

Greater Western Sydney’s round one triumph was more dramatic and caused bigger shockwaves, upsetting big brother the Sydney Swans with a 32-point win on March 15.

Ex-Swan Shane Mumford showed why the Giants recruited him with a commanding performance in the ruck while Callan Ward, Stephen Coniglio and Adam Treloar were impressive and Jeremy Cameron kicked four goals – including the sealer – despite being well held by Ted Richards in the first half.

Luke Dunstan (St Kilda) – Announced himself as a player to watch this season with 21 touches in round one, an impressive start to his AFL career.

Clinton Jones (St Kilda) – Was given a rare chance for a free-roaming role as opposed to tagging, it remains to be seen if that continues in round two.

Shane Mumford (GWS) – Showed he was a bargain for the Giants with his strength around the ball and his tackling crucial in their upset over the Swans.

Callan Ward (GWS) – Set to be huge for the side now Phil Davis is down hurt, will look to build on his form against Sydney in round one.

Jonathon Patton (GWS) – Could be a tough match up for the Saints, as he kicked well in terrible weather last weekend.

Match facts
1. David Armitage is under an injury cloud after pulling up with knee soreness. The Saints could use his midfield grunt given he managed four goals and 31 possessions last time the sides met, winning him three Brownlow medal votes.

2. It was a lopsided result when they faced off in round three last year at Manuka Oval. The Saints ran out 72-point winners on a disappointing day for the Giants, who also lost forward Jonathon Patton to a torn ACL.

3. The Saints’ record at Etihad Stadium is tracking upwards thanks to three wins from their last three games. The Giants are searching for their first at the Docklands stadium after five tries.

4. The Giants shone in the midfield in round one. No team had more clearances than them with 55, while the Saints were ranked ninth with 40.

5. Neither side was impressive when it came to marks inside the forward 50. Both teams took eight marks for the game, which gave them an equal rating of 14th.

6. St Kilda midfielder and reigning best and fairest winner Jack Steven remains the highest-ranked player in the AFL Official Player Ratings from both teams despite being unavailable until at least round four because of a fractured foot. Ward showed some movement last week to rise to 28th after his impressive game. 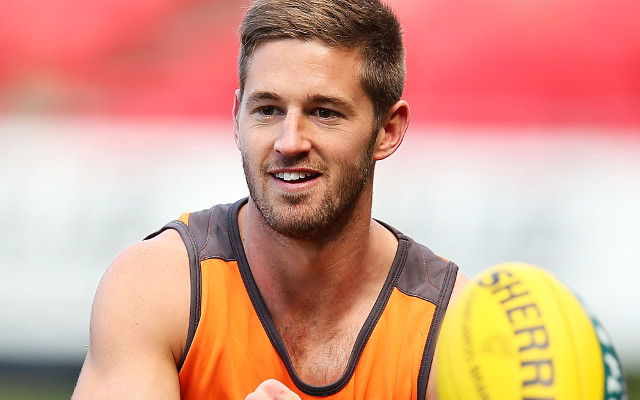