Giants player shows he has no fear when going for the ball.

It might not be the hanging ‘speccy’ that will ultimately, probably, win this award in season 2014, but Callan Ward’s effort in round one is a worthy nominee.

Ward, now with GWS, showed great courage to follow the flight of the ball backwards as he took the grab out of a pack, to defuse what was potentially an set shot for goal for the Sydney Swans.

While Ward emerged from the pack unscathed, such marking contests in the past have seen players in his position flattened – again underlying the determination he showed for the ball. 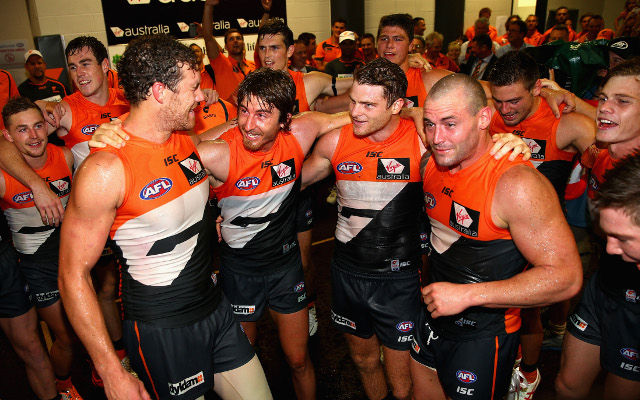