The final margin might suggest it was an easy afternoon for the South Sydney Rabbtiohs, but they were made to made to work for their 30-13 victory over the New Zealand Warriors at nib Stadium in Perth.

The competition favourites showed why they wear that moniker as they kept the Warriors scoreless in the second half while running in 24 points of their own.

Amazingly the victory was the biggest ever win for the Rabbtiohs over New Zealand, amazingly, eclipsing the previous mark which was only 10. 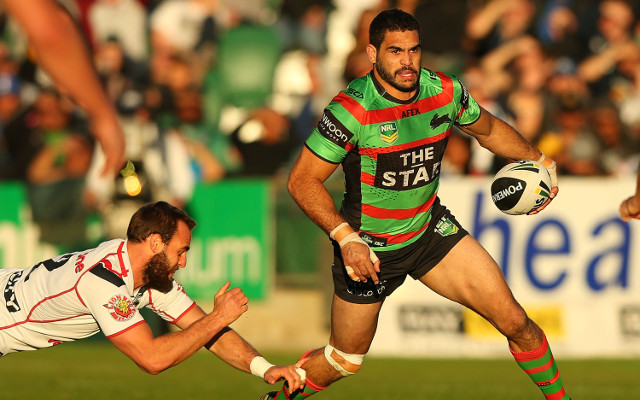 Off the back of a barnstorming run by Sam Burgess, the Rabbtiohs opened their account through Andrew Everingham who cleaned up a chip kick by Adam Reynolds.

Reynolds, who leads the competition for points this season, added the extras as the Rabbitohs jumped out to a 6-0 lead after just seven minutes.

Despite trailing early the Warriors looked the better of the two sides in their execution of their plays as Greg Inglis was needed on several occasions to defuse several attacking raids. 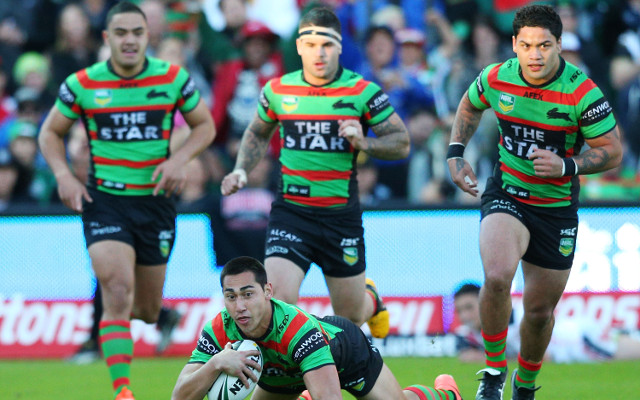 The Warriors’ discipline started to breakdown as they gifted the Rabbtiohs easy metres up the field through penalties but back-to-back mistakes by Burgess let New Zealand off the hook.

Dylan Walker scooped up a loose pass by the Warriors and raced 70 metres downfield but the Bunnies were unable to cross the line thanks to desperate defence by New Zealand.

New Zealand drew level when Shaun Johnson held up a beautiful pass to put Simon Mannering into a gaping hole allowing him to score untouched under the posts. 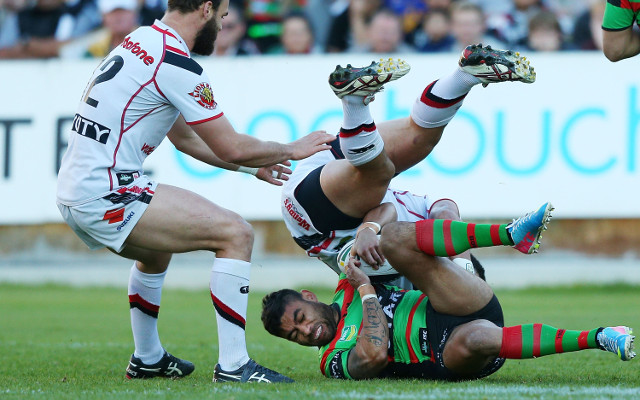 Konrad Hurrell went close to scoring for the Warriors before a desperate tackle by Chris McQueen held him up
and almost stripped the ball in the same motion.

After trailing in the penalty count by three, the Warriors put their noses in front 4-3 just before half time as they hammered the Souths line in a bid to get a vital score just before the break.

And they got it when hulking centre Konrad Hurrell ran over to the top of Bryson Goodwin before brushing past Inglis in the last line of defence to make the score 12-6. 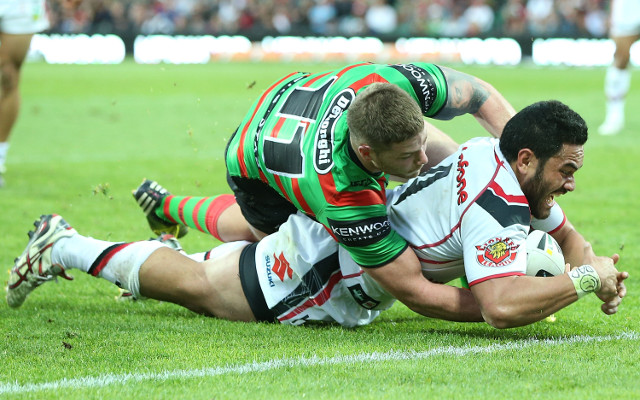 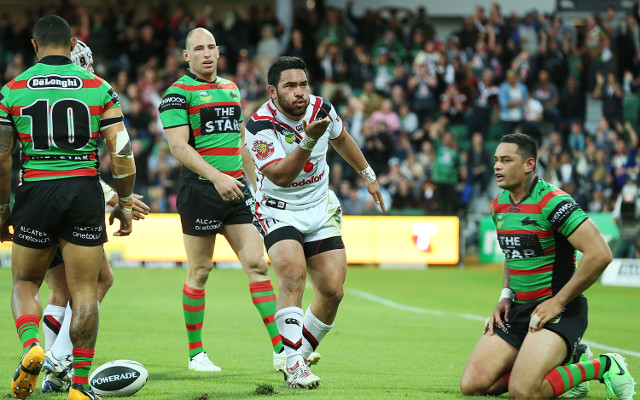 The Warriors took the smart option as time ran out in the first half with Shaun Johnson putting an exclamation point on his excellent first half by potting a field goal to make it 13-6 at the break.

John Sutton touched down and claimed a try with a contest beforehand was examined by the video referee with a hand to the ball by Chris McQueen ruled to have been backwards off his hand, resulting in a try to the Bunnies’ five-eighth.

Reynolds slotted the easy shot on goal to cut the margin back to just one with plenty of time left on the clock.

The Western Australian product Bryson Goodwin put the Rabbitohs in front after a piece of individually brilliance in after a kick through the Warriors line before he regathered to make the score 18-13. 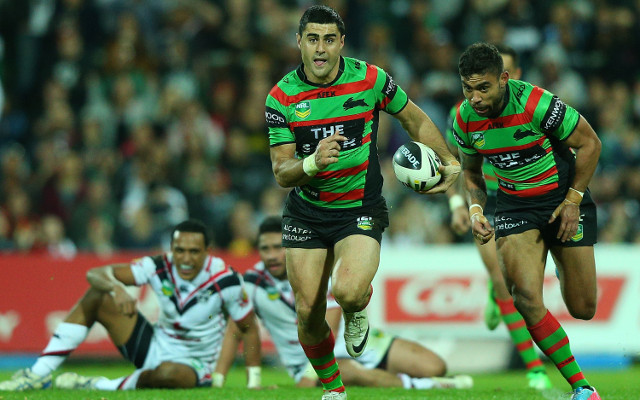 New Zealand where then forced to scramble on their own line after a bizarre passage of play, before Johnson and Hurrell scrambled to stop Nathan Merritt from sealing the result for the red and green.

Goodwin made it a double for the night, and his sixth two-try game for his career, to seal the win for Souths after a loose pass by the Warriors found the turf and then the scorer’s hand allowing him to race 50m and score.

While Chris McQueen put the cherry on top of the excellent performance by his side to score just before the full-time siren.