Gold Coast side had no answers for the size of the red and green pack.

South Sydney’s charge towards the NRL minor premiership is back on tracked after their convincing win over the Gold Coast Titans at Skilled Park.

After suffering a shock loss to St George Illawarra last round the Rabbitohs were out to prove why there are still considered the favourites for the title this year.

And the Titans were on the end of a 32-8 mauling, with the Burgess brothers leading the the way for the away team.

Sam, Tom and George Burgess combined for 48 hit-ups for 465 metres, made 57 tackles,  four line-breaks and three off-loads and three tries. 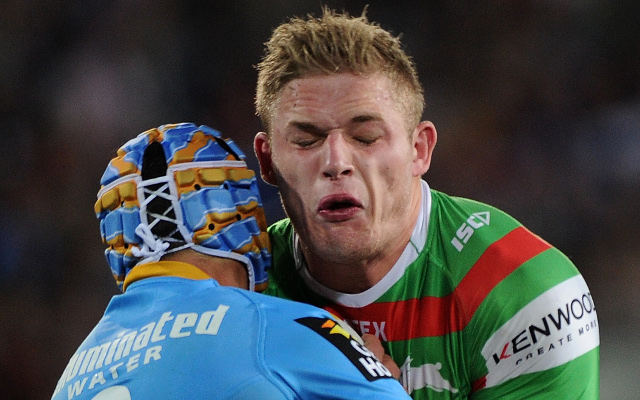 The loss was the worst ever for the Titans against Souths, and in a worrying sign for coach John Cartwright, they have conceded 156 points in their last four games.

Despite lost every game in the past month the Titans still can make the finals if they win at least four of their last six games, with the Wests Tigers, Canterbury, North Queensland, New Zealand, the Roosters and Melbourne standing in their way. 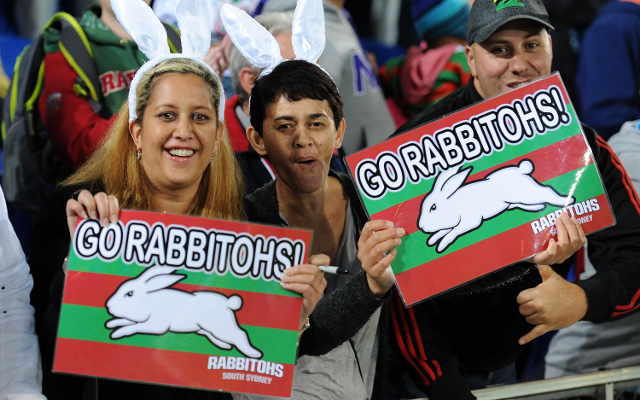 Given the tough road home, especially in the last fortnight of the season, the Gold Coast are outsiders to scrap into the top eight.

If they do not make it, it will be the third time in as many years they have not taken any part in the post-season.

Souths will be looking to keep up their winning form when they travel to 13000 Smiles Stadium to take on the under pressure North Queensland Cowboys.