Goalkeeper says he is now seeking Stadium of Light exit.

Goalkeeper Simon Mignolet has denied speculation that he wants to leave Sunderland in a bid to regain his place as Belgium’s number one.

Mignolet’s representative, Guy Vandersmissen, told the Belgian media that his client, who was voted North East Football Writers’ Player of the Year, may need a bigger stage in order to gain international recognition.

The 24-year-old stopper is currently understudy in the Belgium squad to Chelsea’s Thibaut Courtois – who is spending his second season on loan at Atletico Madrid.

“Our ambition is for Simon to play somewhere that he can engage in competition with Thibaut Courtois for the place in goal for Belgium,” Vandersmissen is quoted as saying by Sky Sports.

“Courtois is fortunate that he is playing for a team that has been doing well lately.”

But Mignolet was quick to reassure fans that the quotes were taken out of context and says he can achieve his ambitions at the Stadium of Light.

“Of course, my ambition is to regain the number one spot with my national team, but I feel I can do that with Sunderland,” the former Sint-Truiden told the club’s official website.

“I was playing as Belgium’s number one a year ago and hopefully that can be the case in the future.

“I am happy at Sunderland – a club I am proud to represent. I will continue focusing on my football, starting with Saturday’s game against Fulham.”

Mignolet has two years remaining on his current contract at Sunderland. 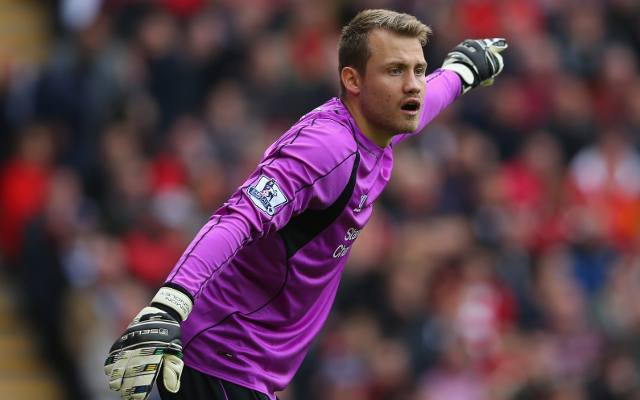