Magpies leader says his team will fight for an AFL finals place.

Collingwood captain Scott Pendlebury has asked for the club’s fans not to give up supporting them in the aftermath of their latest loss which he called “embarrassing”.

The Pies were belted by the Essendon Bombers last round, dropping the game by 64 points and further losing distance between themselves and the top four in the AFL.

That is where Collingwood found themselves at round 12 in the competition, but four losses in five games, including last weekend’s capitulation to the Dons, sees them clinging to eighth.

“We can review the game, learn from it, train really well, fix up the mistakes, get refreshed and it’s going to be on against Adelaide,” Pendlebury said.

“I’ll be disappointed if we don’t play finals, but at the moment it can go one of two ways,” he said.

“We can crack it and say it’s too hard or we can dig our heels in and get ready for a fight because we’re in the eight and someone’s got to take that spot off us.

Pendlebury said Collingwood’s biggest problem over the past five rounds had been its inability to win the contested ball and clearances.

The Bombers won the contested possession count 139-119 on Sunday and the clearances 40-30.

“If I was an opposition coach, I’d say, ‘Just beat them in contested ball and you’ll win the game of footy’,” Pendlebury said. 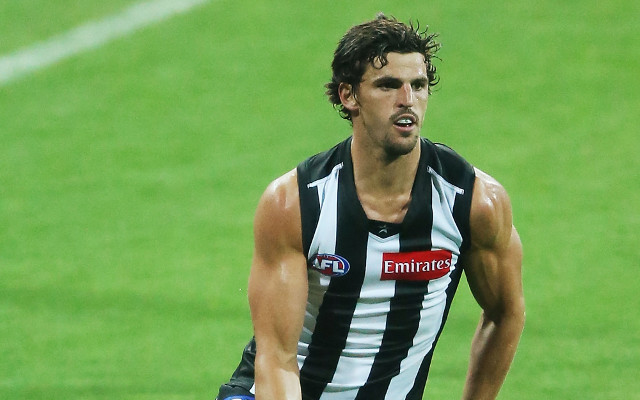