Collingwood captain Scott Pendlebury remains in with a shot of facing St Kilda on Friday despite only making a brief appearance in training on Wednesday.

Pendlebury suffered an ankle injury during his side’s 27-point loss to Adelaide on Sunday, but Magpies coach Nathan Buckley said the skipper is in the frame to face the Saints at Etihad Stadium.

“He moved pretty well, so he’s in the mix. He stays in the mix because of what he did today, so it was quite encouraging,” Buckley told Collingwood’s official website.

“He needs to know in his own mind that he is right to go. He knows his body really well. He is professional in the way he goes about it.

“If he puts his hand up and ticks a few boxes from our side of things, then he’ll play.”

Midfielder Taylor Adams also picked up an ankle injury against the Crows and completed handballing drills whilst wearing a moonboot.

Both Pendlebury and Adams must prove their fitness on Thursday to have any chance of facing the Saints on Friday, but Buckley will be forced into one change with Ben Sinclair suffering a hamstring injury in the loss to Adelaide.

Collingwood will go in as the clear favourites against the Saints, however Alan Richardson’s side go into the game on the back of a superb win over the Gold Coast Suns.

The Saints will be without veteran midfielder Leigh Montagna due to injury, however they will welcome back Jimmy Webster after he recovered from a finger injury. 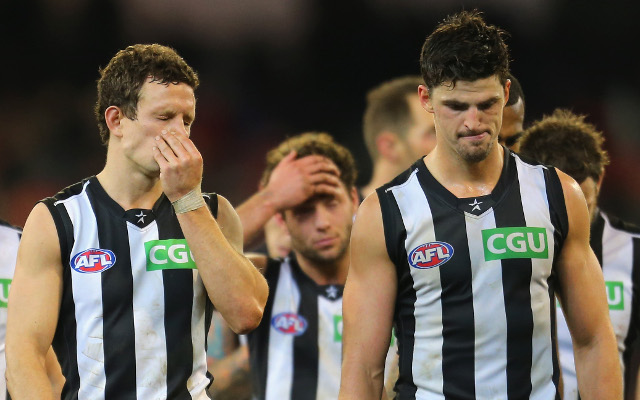