The New Orleans Saints will not be losing running back Mark Ingram to free agency after all, as he has re-signed with the team on a four-year, $16 million contract.

Ingram appeared to be a bust early in his career after being drafted by the Saints in the first round of the 2011 draft, but he broke out last season with 964 rushing yards and nine touchdowns on 4.3 yards per carry.

The Saints have employed a committee approach with their running backs in recent seasons, but Ingram was able to prove that he can be a franchise running back going forward.

They gave him a vote of confidence by cutting veteran running back Pierre Thomas, so only he and Khiry Robinson remain in the Saints’ backfield.

The 25-year-old running back clearly wants to be with the Saints as he was supposed to command a big contract due to being one of the most popular free-agent running backs and arguably the best aside from the Dallas Cowboys’ DeMarco Murray.

The Saints still have plenty of work ahead of them though as they rank dead last in salary cap space by being approximately $16.4 million over. 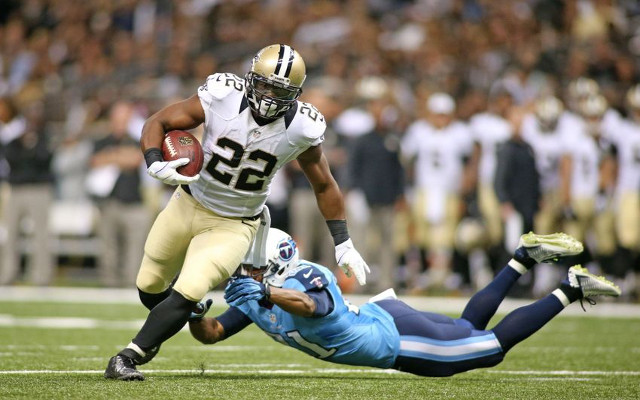