Running back Justin Forsett is set to become a free agent after playing out a one-year contract with the Baltimore Ravens.

The running back is in high demand after putting together a breakout season with 1,266 rushing yards and eight rushing touchdowns.

Although the Ravens are making every effort to re-sign Forsett, he is being heavily pursued by other teams, which reportedly includes the Washington Redskins and New Orleans Saints.

The Saints recently released Pierre Thomas, and Mark Ingram is set to become a free agent. Signing Forsett may become an even bigger possibility if Ingram walks in free agency.

Meanwhile, the Redskins would have incredible running back depth if they signed Forsett.

However, they already have a reliable rusher in Alfred Morris, and Forsett will not likely want to take a reduced role with a losing team.

The Ravens may be the most logical choice for Forsett since they have built a Super Bowl contending squad, and the Saints are facing uncertainty for the future, especially when quarterback Drew Brees retires. 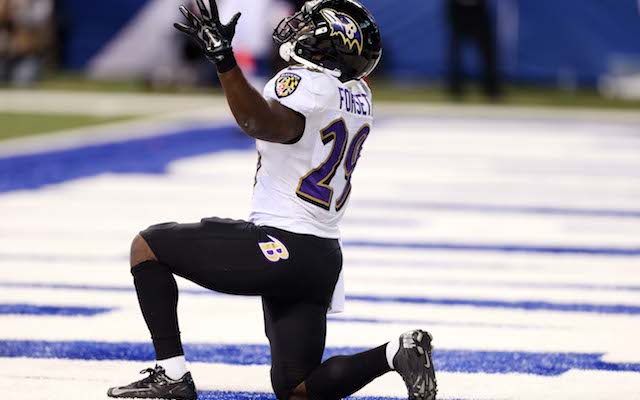