David Simmons and Josh Mansour  continued their rich vein of form to help the Penrith Panthers to a 28-24 victory against the New Zealand Warriors at Mount Smart Stadium.

Both Simmons and Mansour were the beneficiaries of excellent backline moves from the Panthers, as they both grabbed doubles.

The result ended a four-match losing streak for Penrith, who move level with the Warriors on 22 points, two points outside the top eight with three rounds to go.

But the defeat in Auckland was a big disappointment for the home side, who held an early 12-0 lead and have now lost three in a row. 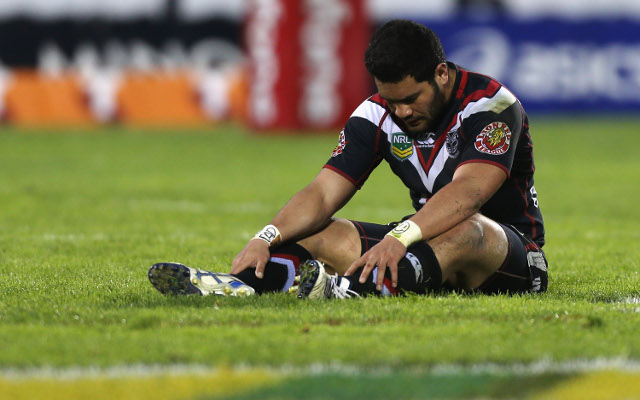 The Warriors went close to winning at home, when reserve prop Suaia Matagi smashed his way across the line, with the converted try seeing the score move to 22-18.

The Warriors did manage to set up a grandstand finish for the 11,596 fans when centre Konrad Hurrell scored with eight minutes to go and Shaun Johnson converted from wide out.

But that was as close as they got and Simmons almost had the last say, but was held-up in his attempt to complete a try hat-trick. 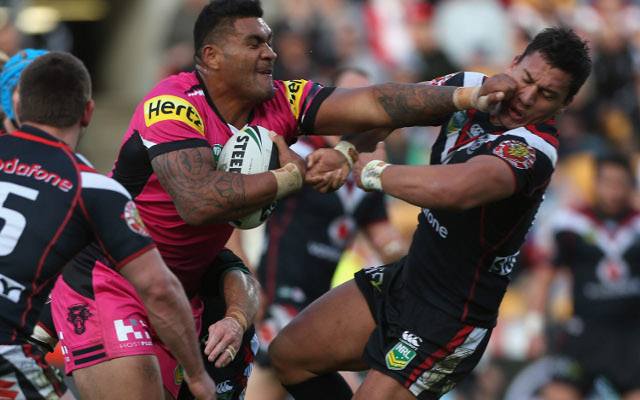 The loss was further soured for the Warriors when centre Dane Nielsen limped off after trying to tackle Penrith’s Dean Whare.

Penrith will be out to continue to make themselves a thorn in the side of teams who are still fighting for a place in the final, when they host Brisbane in round 24, with another win by the Panthers killing off the Broncos’ slim chances.

New Zealand will out to turn around its late season form slump as they travel to clash with the Gold Coast Titans at Skilled Park.