Cronulla captain Paul Gallen’s place in the New South Wales Origin side is under a cloud after he strained a medial ligament in his side’s golden-point 21-20 victory over Newcastle.

Gallen twisted awkwardly under a tackle by the Knights’ Chris Houston and Willie Mason less than two minutes into the game.

It was the same knee that Gallen injured last year and he was reported to have heard ‘clicking’ sound, with the initial diagnosis being a grade tear medial tear, which could see him out for up to six weeks. 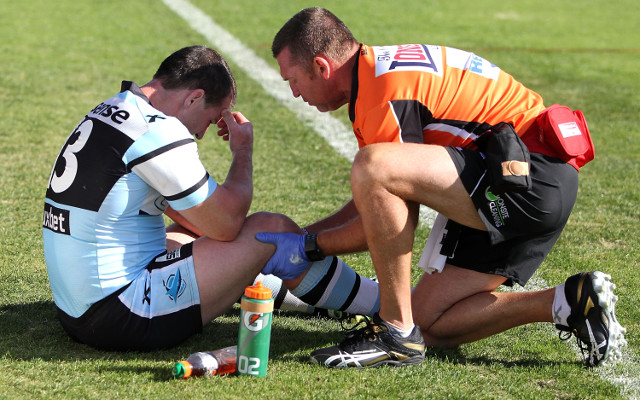 The loss was the only sour note for the Sharks as they broke their run of losses thanks to a Jeff Robson field goal in extra time.

Newcastle opened the scoring through centre Dane Gagi before a penalty made the lead eight points, which was quickly erased by a double to Cronulla’s Jonathan Wright.

Down by six at half-time, Cronulla leveled the scores soon after the resumption when Beau Ryan added another try to his season’s tally before Michael Gordon brought the teams level on 14-all. 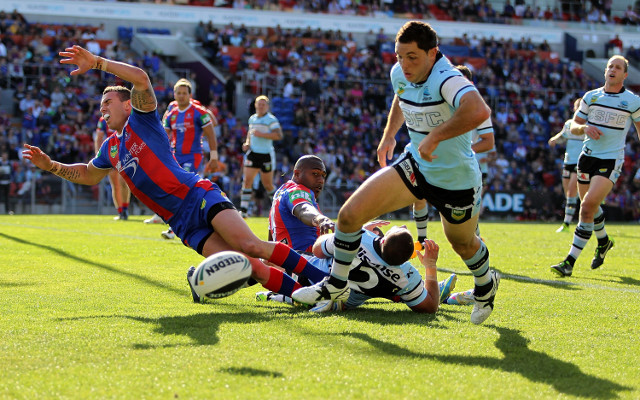 Todd Carney put the Sharks in front for the first time in the game when he scored his first for the season to make it 20-14.

However, the home side wanted to keep its strong record at home going in season 2013, and Tron Roberts sailed across the line to lock the scores up at 20.

After a brief shoot out in golden point extra time, Robson stepped up and nailed a sweetly-timed kick in the 85th minute, sparking wild celebrations from his teammates as they secured their first win in a month.