Inaugural Johnny Mannah Cup victory goes to the Eels after a roller-coaster week.

The old saying goes, a week is a long time in football can often work in a positive fashion for a club.

After being humiliated by 50 points by the Sydney Roosters last round, the Parramatta Eels have hit back in stunning fashion to grind out an important 13-6 victory against the Cronulla Sharks at Parramatta Stadium.

The win was worth more than just two competition points for the victor, with the inaugural Johnny Mannah Cup on the line, in honour of the late brother of Eels prop Tim Mannah.

The NSW prop said it was a big week for himself and the family as they looked to get their season back on track.

“It was very special this week for the whole family and for both clubs, it means a lot to us and we didn’t take it for granted,” Tim Mannah said of the trophy honouring his sibling.

“It’s not easy to come here with a short turnaround and after a 50 point loss, it’s a special win for the club as well to win this cup.

“We have got the best fan base in the comp, they have been through a couple tough years but they keep turning up.

“(Eels coach)Ricky (Stuart) is the man for the job is getting peoples emotions in check so we’ll be right when we go up and play the Titans next week.”

Again the Sharks were their own worst enemies for much of the game as they turned over too much of the ball, especially when on the attack and coming out of their own half.

After back-to-back losses, fullback Michael Gordon said it was time to “go back to the drawing board”.

“We’ve got a pretty basic style, but you cant win games with errors like that, but they (Eels) played a really good game tonight,” Gordon said.

“I’m slowly getting back there with my own form, I’m just trying to work on little things and combinations at the moment, but with a game like that it’s hard to inject yourself into the game.”

The Eels started the game by showing better energy and Ryan Morgan capitalised on Ben Pomeroy’s inability to mark up correctly in defence to make it 4-0. 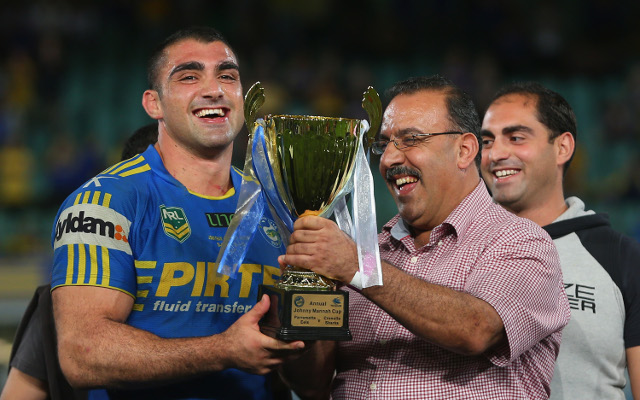 Michael Gordon scored off a bizarre lead up which saw the Sharks kick the ball twice on the last tackle, with the fullback collecting a rebound off the crossbar as the away side grabbed the lead.

Jarryd Hayne looking to provide the spark for the Eels, in looking to play on quickly at every chance he had, and the Eels looked more likely to break the game open down their left edge.

Parramatta scored a fortuitous try when a grubber on the last tackle ricocheted of the Sharks before finding Luke Kelly who put Morgan over for his second for the game.

Cronulla’s execution in attack started to lapse before the half time, and off the back of some sloppy play, Parramatta looked certain to score after Hayne put Chayse Balir into a gap only for the pass to be ruled forward, despite clearly being legal.

In a bizarre ending to the first half, Parramatta packed the scrum to stop the clock in a bid to set up one last play 70 meters out from the Sharks line. 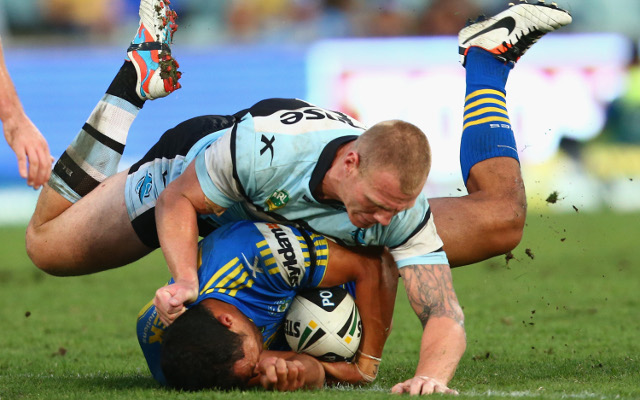 However, Chris Sandow was tackled quickly where he spilled the ball, resulting in Sharks’ centre Beau Ryan nearly adding to the egg on the face of the Eels.

Parramatta’s defence has more sting in it as they looked to make the Sharks work as hard as possible in bringing the ball out of their own half as the Eels led 10-6 at the break.

After the resumption, Cronulla, off the back of two penalties, entered the Eels’ 20 metre area for just the second time in the game.

But they weren’t able to capitalise on the opportunity as Parramatta defended their line well with Ken Sio putting a shot on Michael Gordon.

Parramatta soon earned a penalty after a second effort by Paul Gallen in the tackle, and Sandow split the uprights to make the lead a converted try.

Cronulla were missing injured five-eighth Todd Carney when they have been able to get into the Eels’ danger zone, with the Sharks lacking an extra ball player to make the home side guess what was going to come at them.

Cronulla prop Andrew Fifita (16 runs, 53 tackles) continued his impressive start to the season and looked to haul his side back into the game.

Signalling the Eels’ mindset, Sandow looked to snap a field goal with 13 minutes remaining but it sailed to the right of the uprights.

However, Kelly slotted a field goal on the side’s third chance they had to take a crucial seven-point lead with five minutes remaining.

The clock was the enemy of Cronulla as it forced them to think outside the box in attack, with several high-risk raids not coming off with the Eels running out 13-6 winners. 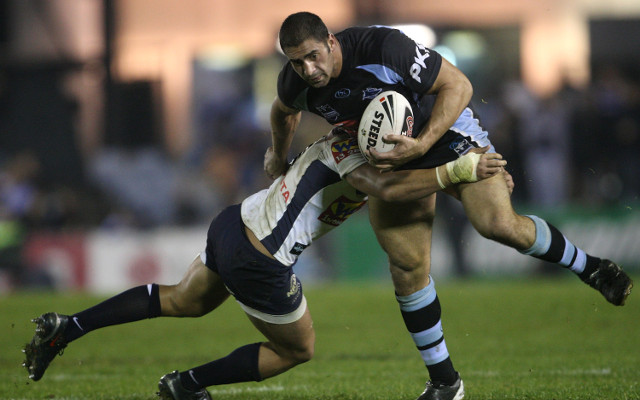 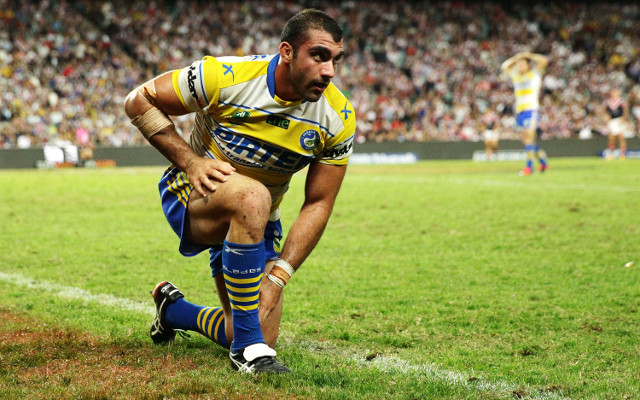 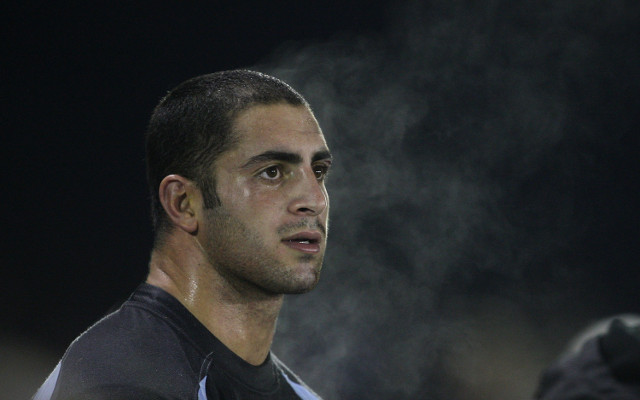 Eels and Sharks to play for the inaugural Johnny Mannah Cup