Brisbane Broncos denied their fifth win of the NRL season.

Parramatta Eels fullback Jarryd Hayne became the hero for his side yet again when he slotted a field goal in the 40th minute in his side’s 19-18 win against Brisbane at Parramatta Stadium.

At the time the significance of the shot for goal was not apparent as Hayne sent the ball sailing between the uprights from 30 metres out off the back of a tap.

While the Eels’ lead at the break would only be three, the final margin of one-point was enough for Parramatta to score the upset victory. 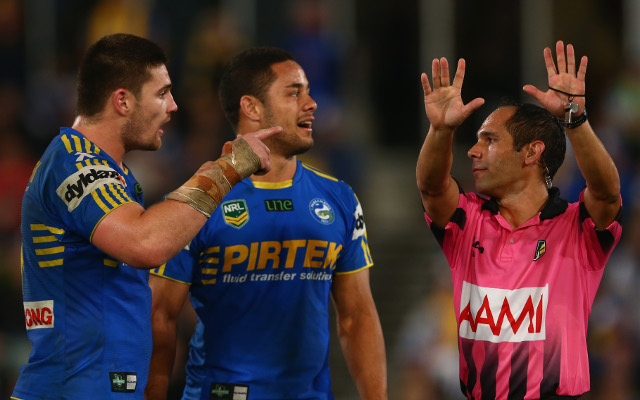 The home side jumped out to an early 10-0 lead after Hayne and Luke Kelly scored with Chris Sandow only making one of the conversion attempts.

Despite losing the direction in attack Scott Prince (hamstring) normally provides, young winger Jordan Kahu scored twice in eight minutes to give the away fans something to cheer about.

The Eels were first on the board in the second stanza when Joesph Paulo crashed over to make it 17-8.

Justin Hodges and Ben Hunt began the rescue mission for the Broncos with tries of their own to make the margin just one.

But the Eels hung on for an important victory. 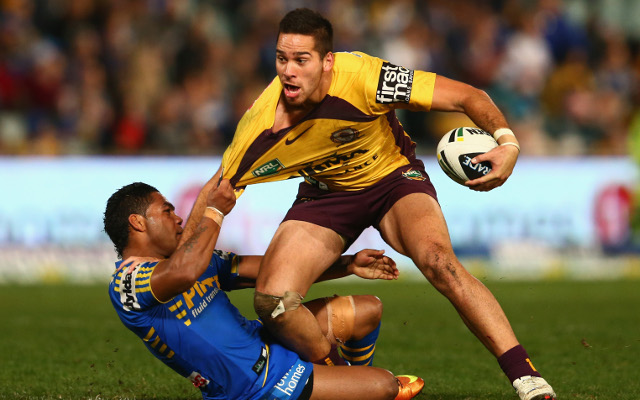 Broncos halfback Peter Wallace had an unhappy night with the boot in landing just 1-4 conversions, with just an extra two points possibly seeing the premiership points end up in a different camp.

Broncos prop Josh McGuire was put on report for a high shot on Hayne in the 29th minute, while Ben Hannant went off the field late with an ankle injury.

McGuire was also involved in a heated fight with Mitchell Allgood from Parramatta, with both forwards sent to the sin-bin for their part in the brawl.