Parramatta miss out on chance to win at the death.

The Parramatta Eels were denied a chance to earn a come-from-behind victory against the North Queensland Cowboys by the video referee in a gripping NRL clash.

Down 14-10 with time running out and the Eels spread the ball to their right edge where winger Vai Toutai looked to just have enough room inside the touchline to score.

Upon taking to the air to try, Toutai was given a push by opposite number Antonio Winterstein which cause the Eels speedster to knock the ball on over the line, ending the home side’s chances of victory. 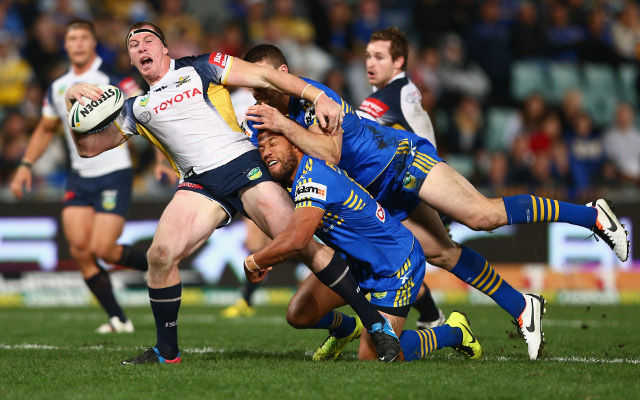 The victory moved the Cowboys to four wins from eight games this season, however, captain Jonathan Thurston said his side knew they had to improve.

“We were pretty unlucky, they defended their line well int he first half we had a lot of ball and we just couldn’t put them away,” Thurston said.

The Eels played from in front when centre Ryan Morgan crossed for his fifth for the season with Chris Sandow adding the extras.

After an arm-wrestle for much of the rest of the first half, Ashley Graham put his side back in touch after scoring with Winterstein putting the visitors in front at the break at 8-4. 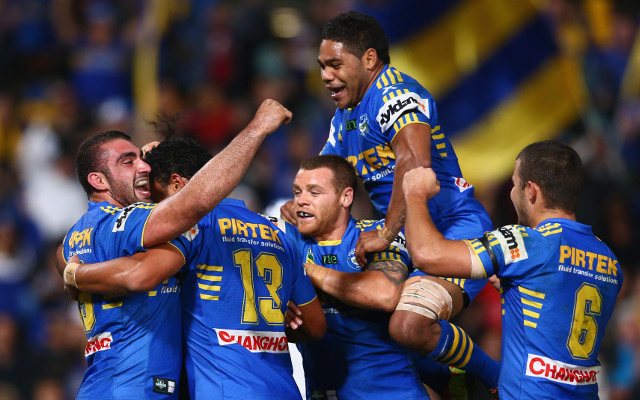 The spirts of the Eels were lifted when prop Fui Fui Moi Moi charged over off the back of an excellent run by Tim Mannah to see the Eels sneak back in front 10-8.

Momentum swing back the way of North Queensland when centre Brent Tate easily cruised across the line off the back of a scrum score what would turn out to be a match-winning try.

The Cowboys will need to improve drastically in the next week as they face the white-hot South Sydney side, while the Eels will look for their third win of the year when they tackle the Broncos.