Visitors rack up huge score as team reshuffle does not pay off for Brisbane.

Talks of Brisbane Broncos coach Anthony Griffin not lasting until the end of the NRL season are set to intensify, after his side was humbled 56-18 by New Zealand at Suncorp Stadium.

Already weakened by players missing due to State of Origin, Griffin drastically tinkered with his line-up, however, it back-fired against a side that had only won three games to date this year.

In what was the first time the Broncos have ever conceded 50 points or more in Queensland, their pack was dominated up the middle allowing Feleti Mateo, Thomas Leuluai and Kevin Locke to run riot.

Manu Vatuvei opened the score for the Warriors off the back of a scrum win inside the Broncos 20 metre area, with the massive winger doing well to ground the ball.

The Warriors easily had the worst completion rate in the competition, which has hovered around the 70 per cent mark, which has easily been their biggest Achilles heel.

But there was no sign of that for much of the game as Glen Fisiiahi then scored for the Warriors as the away side made the most of the Broncos being down their Origin stars as their lead hit eight. 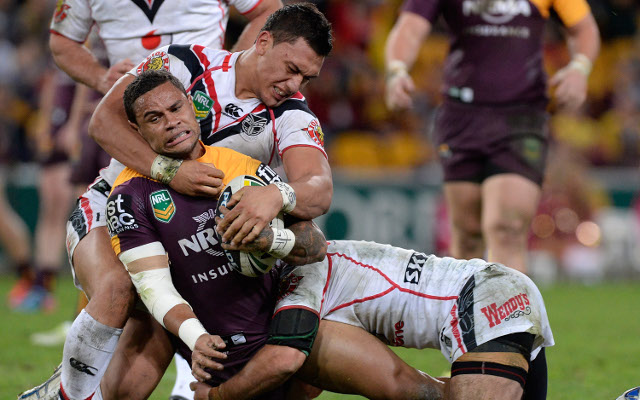 But in a worrying sign for New Zealand, a cheap turnover midifield saw the home side counter-attacking well to see Josh Hoffman slice through the line.

Scott Prince looked the sides up at 8-all in the 25th minute after he slotted a penalty from just to the right of the posts.

A pattern began to emerge from both sides as the Warriors scored off the back of a penalty, as Konrad Hurrell was put on a crash course for the line, with the massive centre smashing his way through Corey Norman.

Shaun Johnson again continued his woeful night with the boot as he missed an easy chance for the conversion, to make the score 12-8.

The Warriors scored off the back off a a Mateo chip-and-chase before quick hands allowed Leuluai to crash over to make the lead 10.

New Zealand’s big forward pack had a field day through the middle third of the field, as they racked up 10 offloads early as they got their arms free to initiate second-phase play.

The away side scored their third try in seven minutes as Locke and Johnson combined to set up Leuluai for his second.

Johnson gifted his side a 16-point lead at the break courtesy of a penalty goal, as the Warriors completed their most impressive half of the season.

Vatuvei gave the Warriors the perfect start to the second half, after Mateo stopped a Broncos grubber, before setting off up-field.

And when Johnson added the extras the game quickly became a blow-out as the Warriors made it 32-8.

Hurrell scored his second for the night despite it being reviewed by the video referee for the grounding, as the Warriors continued to pile on the pain at 38-8.

As if to underline the Warriors’ physical dominance in the game, prop Russell Packer carried three Broncos players across the line as the score seemed certain to break the half-century mark. 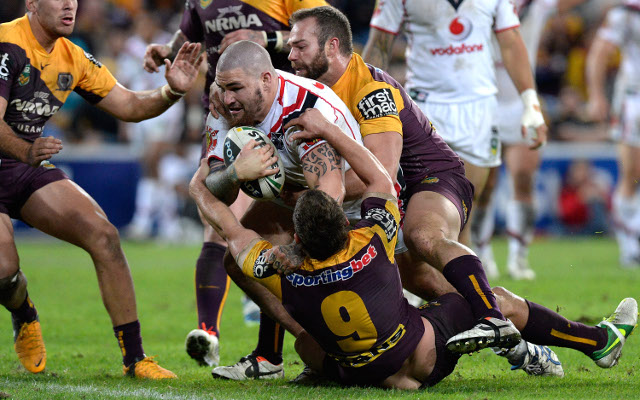 Despite there being 20 minutes left, the home side scored a consolation try as David Hala off-loaded to Alex Glenn for a close-range try, as the margin became 30.

However two late tries to Fisiiahi and Locke completed the rout and underlined the Warriors, on their day, can still threaten any side in the competition.

After two losses in a row and having seen their place on the ladder slip to 12th, the Broncos will be hoping to get all of their Origin star back healthy as they tackle on Canberra next weekend.

Thanks to two wins on the trot, the Warriors have lifted themselves off the bottom of the ladder into 14th, but they face a tough task next weekend as they host the Manly Sea Eagles.