Final score not a good indication of how close the sides were.

The Melbourne Storm have put aside their slumping form to earn an important 23-10 victory over the Newcastle Knights at Hunter Stadium.

As the NRL regular season begins to wind down the reigning premier’s Storm had shown cracks in their armor and did not look the same side they rolled to the title in 2012.

However, Craig Bellamy’s men showed plenty of steel in defence to fight off a Knights side with plenty to prove as they fight to stay in the top eight. 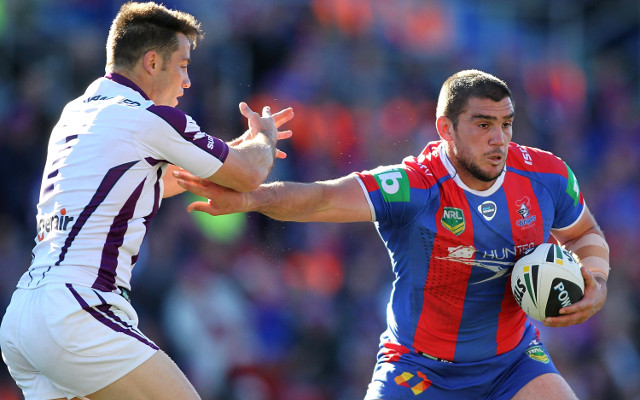 The home side were on the board first when Joseph Leilua scored his seventh try for the season, however, Kurt Gidley could not add the extras.

Akuila Uate then doubled the lead after latching onto a well-weighted kick from Jarrod Mullen and the home side before Melbourne’s Jordan McLean bashed his way across for his first try of the season to make it 8-4 to the Knights at half-time. 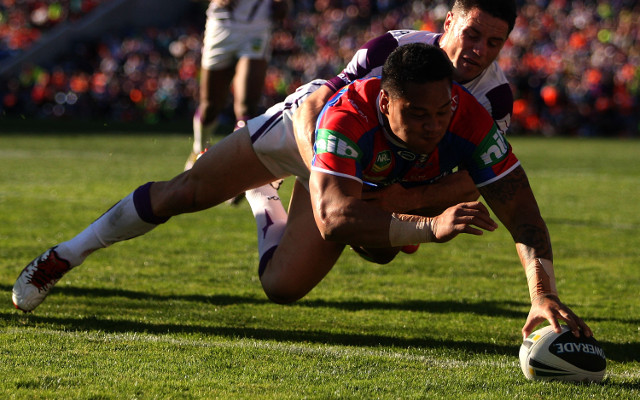 A converted try to Cameron Smith in the 49th minute put the Storm ahead for the first time in the game at 10-8.

Newcastle were awarded a penalty and Gidley finally found his accuracy as he brought the Knights level in the torrid match.

However, late tries by Billy Slater and Bryan Norrie blew the score out in favor of Melbourne, who keep foot in the door of the top four with just three weeks left in the season.

The Storm should earn their fourth win in a row when they host the Parramatta Eels in their next clash in round 24.

While the Knights will be looking to bounce back to form when they tackle a rusty North Queensland Cowboys side, when they travel to 1300 Smiles Stadium.