The Manly Sea Eagles have showed they are back in the hunt for the NRL title, after a comprehensive 34-14 win over the North Queensland Cowboys.

After their demolition of Parramatta last weekend, it was the first time the Sea Eagles had won back-to-back games in the past 12 weeks.

Injuries to key players had played their role in their up-and-down fortunes of Manly.

But with close to a full-strength side on the paddock in Townsville, apart from Daly Cherry Evans on State of Origin duty, the Sea Eagles looked slick in attack.

Kieran Foran and Jamie Lyon were the masterminds behind the win with both playing exceptionally well on either side of the ruck. 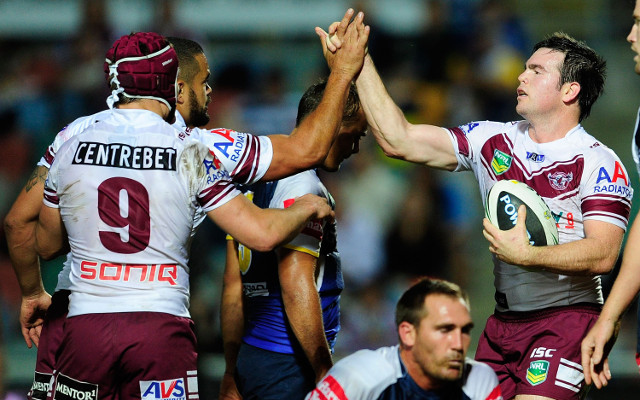 However, it was North Queensland who showed much better energy in the early exchanges as they got up off their line in defence and showed a spark in defence.

Manly scored one of the great team tries of the season as David Williams started the run off his own 20 metre line, before finding Jorge Taufau, Kieran Foran to steer hooker Matt Ballin under the posts.

The sizzling movement up-field was finished off by Lyon as the away side took the lead 6-0.

In a good omen, Manly had lost just one of their past 25 games when they were the first team to score.

However, the Sea Eagles racked up four mistakes inside the first 16 minutes, as their ball security let them down and gifted the Cowboys chances to score.

And Matt Bowen, off the back of another mistake by the visitors, scored on his return to the side after a knee injury, crossing after selling a dummy to open up a gap close to the line. 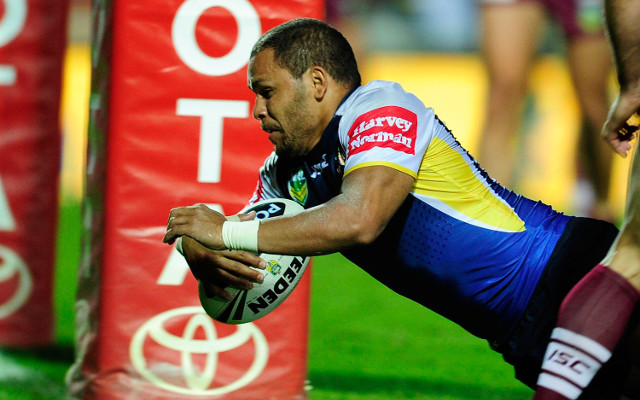 Ethan Lowe took over the duties of kicking in the absence of Jonathan Thurston, and he split the uprights to make it 6-6.

After back-to-back penalties the Cowboys opted to go for goal rather than continue to pressure the Manly line.

Lowe again nailed the shot from right in front as the Cowboys took an 8-6 lead.

The Sea Eagles then unraveled further as the restart just went out on the full, however, the Cowboys committed an equally as big of a sin in not finding touch from the penalty.

A bullocking run by Richie Fa’aoso set up Lyon as he dived over to see them respond on the scoreboard as they took a four-point lead. 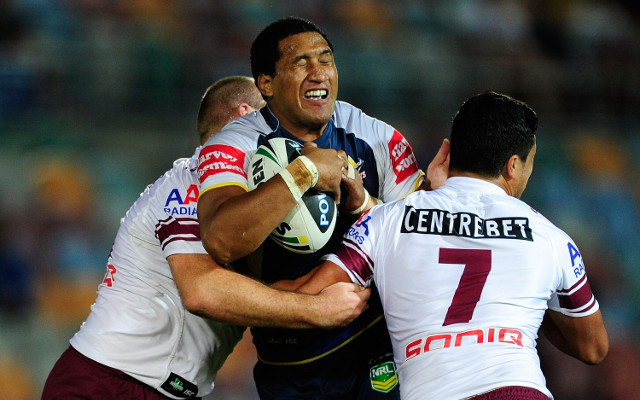 Keeping them in the game the Cowboys failed to complete their first set of six a remarkable 39 minutes into the game.

However, the home side trailed by four points at half-time, 12-8.

Manly suffered a horror start to the second half when fullback Brett Stewart missed grounding a simple grubber kick, allowing Michael Morgan to score easily for the Cowboys.

The lead changed hands again when a stunning move off the back of a scrum saw Manly hit back quickly, as Williams denied the Cowboys cover defence as the score became 16-14 to Manly.

Taufua and Brett Stewart then combined on the left-edge of the Sea Eagles’ attack as they made the
home side pay for a cheap turnover. 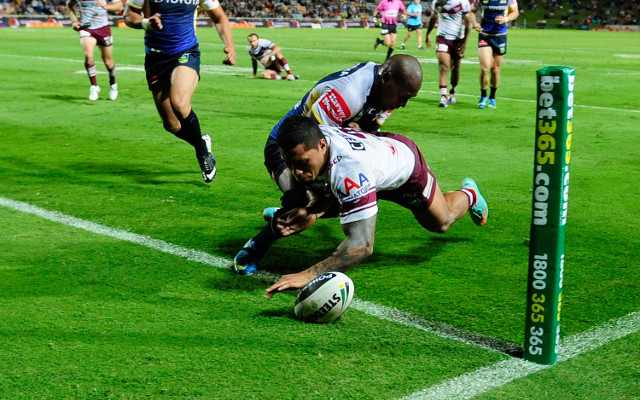 The game was gone for the Cowboys when a Justin Horo try made it 28-14 after 64 minutes.

The floodgates then opened as Steve Matai scored off the back of an  length-of-the-field set-of-six as the score ballooned out to 34-14.

Manly host the Gold Coast Titans at Brookvale Oval next weekend while the Cowboys will be left to crunch the numbers to see if they have any chance of making the finals, as they face the bye next round.