How the Red Devils will start against MK Dons.

Louis Van Gaal has had a tough start to life as Manchester United manager. The Red Devils lost to Swansea City on the opening day of the Premier League season and could only draw at Sunderland on match day two.

While the chances of lifting the Premier League trophy in May seem remote, the Capital One Cup is a more realistic opportunity for silverware this season. However, before they can start thinking about silverware, they must get past MK Dons. 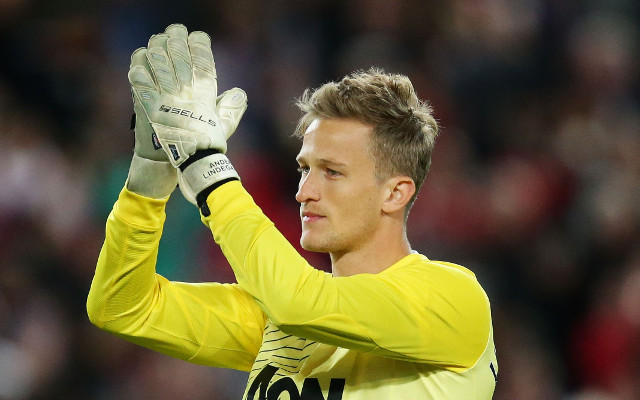 Although David de Gea is Louis van Gaal’s first choice goalkeeper, he will almost certainly give the Spaniard’s understudy, Anders Lindegaard, an opportunity in the cup competitions.

With a lack of other central defensive options, Jones is set to get a long run in his favoured position. If he stays free from injury – expect Jones to be ever present in the United defence this season.

Blackett has started both of United’s league games this season. Despite showing some inexperience, expect the 20-year-old to play against a weaker Dons side.

With Chris Smalling out injured and new signing Marcos Rojo having work permit problems, van Gaal will have to give another youngster an opportunity at centre back. That will almost certainly be Michael Keane.