Swansea produced one of the shocks of the English football season by grabbing a late winner against Arsenal last night, with the help of goal-line technology.

But how many other unforeseen results occurred throughout this campaign to English teams? 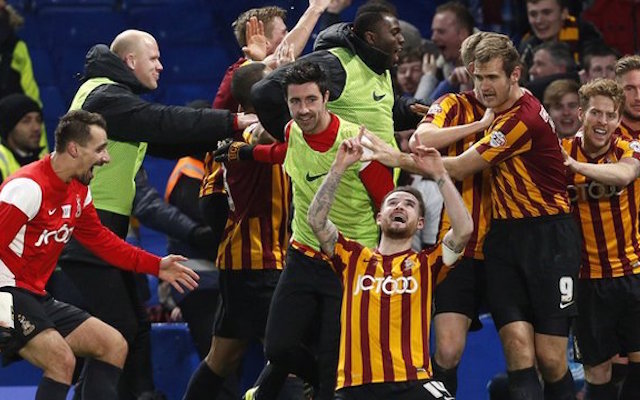 Perhaps the biggest FA Cup shock of all time as Bradford came back from a two-goal deficit to a Jose Mourinho side at Stamford Bridge.

The stars certainly aligned for the Bantams who continued a thrilling run in the competition until the quarter-final stage.