The 20-year-old has reportedly told manager Brendan Rodgers that he has no intention of signing a new contract, while his agent has been quoted as saying Sterling would not even re-sign with the Reds for £900,000 per week.

Sterling was shouted at by fans as he left training on Wednesday, with angry Reds calling him “greedy” and telling him ‘he’d let everyone down’.

The England international, who has been linked with interest from Arsenal, Chelsea and Manchester United, got more abuse on Instagram this week.

One of his posts from six months ago was dragged up. It was a picture of two impoverished children sharing water. Sterling captioned the photo: “Lord is I’m ever ungrateful, forgive me”.

Sterling was attacked in the comment box, with Liverpool fans quick to highlight the blatant irony of a player rejecting a £100,000-a-week contract and then discussing ungratefulness.

Meanwhile, Graham Western said: “Saw this online and thought it must be fake, this is unbelievable, hahaha you can’t make it up”.

The award for angriest fan goes to Thomas Baacklund.

Be warned, his comments, which you can see below, were a bit sweary! 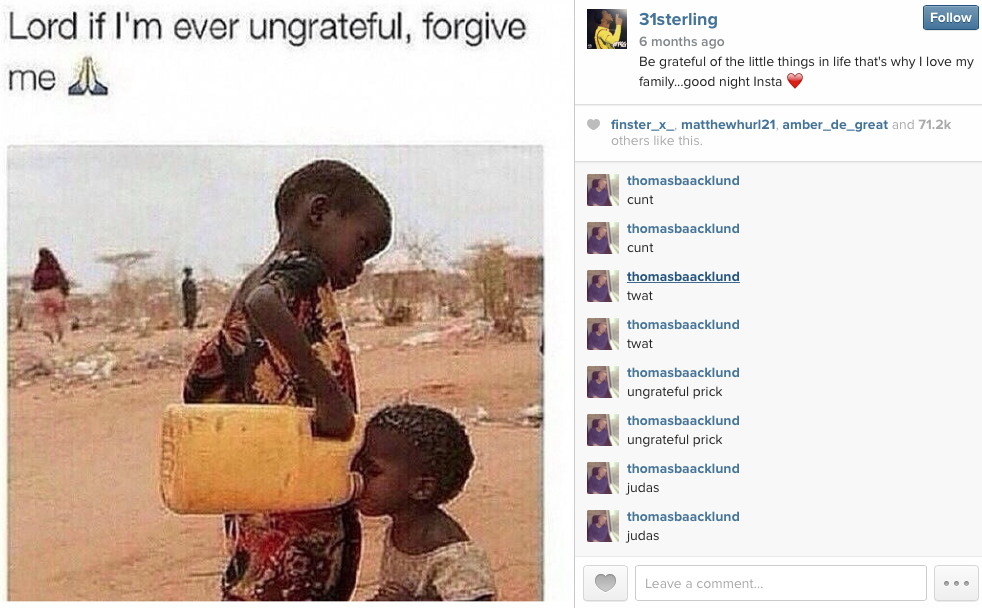