Manchester United strengthened their grip on a top four place as they narrowly defeated Crystal Palace 2-1 at Selhurst Park. The three points mean that if Liverpool are unable to get a victory from Stamford Bridge tomorrow, then United will have guaranteed themselves a place in next season’s Champions League.

Marouane Fellaini was the match winner, as the Belgian capitalised on Julian Speroni’s mistake to head into an empty net, but it was the performance of David de Gea that stood out during the important victory for Louis van Gaal’s side.

Here is how the away side got on:

The Spaniard continued his wonderful season by making a couple of fantastic saves, including a scarcely-believable reaction stop to Glenn Murray’s point-blank effort during the second-half.

Looked threatening in attack, but that left the defence in danger, due to the raw pace of Yannick Bolasie. Luckily, the winger was unable to produce anything of note to punish the makeshift full-back. 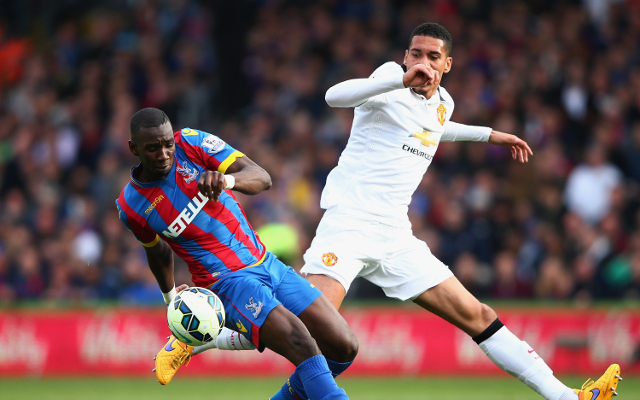 The England international was arguably the strongest of United’s defenders today, especially with the ball at his feet. At times however, he found things difficult against Murray.

Was forced to shift out to the left – a largely unfamiliar position – after Luke Shaw was stretchered off, but did a good job. He is starting to find a lot of consistency in his game that will please his manager.