AFL premiers get mixed news ahead of the 2013 grand final replay.

Hodge injured his groin in last Friday night’s narrow win over Essendon, while Mitchell was a late withdrawal from the game because of a calf muscle problem.

The Dockers were forced to make three changes, following the suspensions of Nathan Fyfe and Zac Dawson, on top of Michael Barlow’s knee injury.

Garrick Ibbotson will play his first senior game since round 19 last season, while Alex Silvagni and Lachie Neale were also recalled.

Adelaide made five changes, three of them unforced, for Saturday’s home match against Sydney.

An ankle injury means Brett Deledio’s 140-game consecutive games streak for the Tigers is over.

He was among three players left out of Richmond’s side for the Saturday match against the Western Bulldogs.

Shaun Hampson has a knee injury and Nathan Foley was dropped.

George Burbury is back in Geelong’s side for the Saturday night blockbuster against Collingwood after suffering a broken jaw in their pre-season game, also against the Magpies.

Magpies forward Alex Fasolo is back for his first AFL game in 345 days, while Lachlan Keeffe was brought in for Nathan Brown (shoulder) and Ben Sinclair (hamstring). 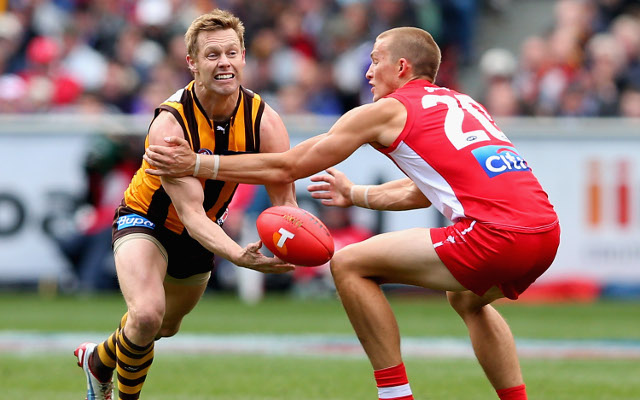 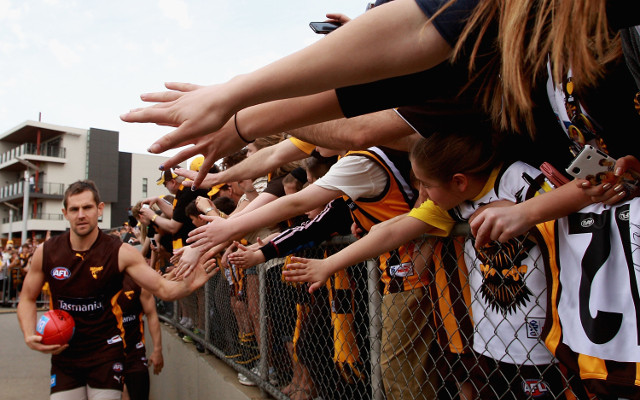 Hawthorn captain Luke Hodge looking to keep the band together