Hawthorn captain Luke Hodge has been referred to the AFL tribunal while vice-captain Jordan Lewis can accept a two-match ban following striking incidents during the Hawks’ win over North Melbourne on Saturday.

Hodge was cited for striking Kangaroos star Andrew Swallow during the first quarter of the fiery clash at Etihad Stadium.

Lewis was charged for his late hit on Todd Goldstein which also occurred in the opening term.

According to an AFL statement, Hodge’s incident was ruled as being intentional conduct with high impact to the head.

The AFL tribunal will give “strong consideration” to the potential to cause injury and Hodge cannot take an early guilty plea.

Lewis’ hit was assessed as careless with high impact to the head and can accept a two-match ban with an early plea.

Gold Coast Suns defender Steven May can also accept a two-game ban for rough conduct following his hit on Brisbane Lions skipper Tom Rockliff, while Rockliff can accept a $1000 fine with an early plea to striking Tim Nicholls in the same game.

Richmond defender Alex Rance will also receive a $1000 fine for misconduct after throwing a ball in the face of Geelong captain Joel Selwood.

Check out Hodge’s hit on Swallow below: 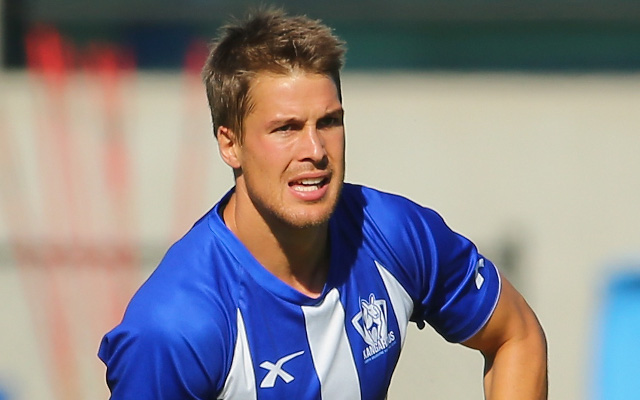