Leicester City clinched promotion to the Premier League without kicking a ball on Saturday as their two main rivals both lost.

Nigel Pearson’s side had already beaten Sheffield Wednesday 2-1 on Friday to move within touching distance of a return to the English top-flight for the first time since 2004.

And the Championship leaders were able to celebrate confirmation of their promotion less than 24 hours later as third placed QPR lost 2-1 at Bournemouth, while fourth placed Derby crashed 1-0 at Middlesbrough.

Those results ensured a top-two finish for the big-spending Foxes, who are owned by a Thai consortium backed by chairman Vichai Srivaddhanaprabha.

Leicester’s promotion has been on the cards for several weeks after they surged nine points clear of second placed Burnley thanks to a superb 21-game unbeaten run.

With six games still to play, Pearson’s men can focus on finishing top and possibly cracking the 100-point barrier.

Speaking after Friday’s win at the King Power Stadium, Pearson had insisted he wouldn’t watch the scores come in on Saturday.

“No. My job is to get this club promoted. Whether it’s tomorrow, whether it’s Tuesday, the next week, the week after it’s irrelevant really. It’s about getting promotion,” he said.

“I want us to win every game that we can and I want us to be champions, but we’ll have to fight very hard to do that.

“We’ll get promoted as and when we deserve it.” 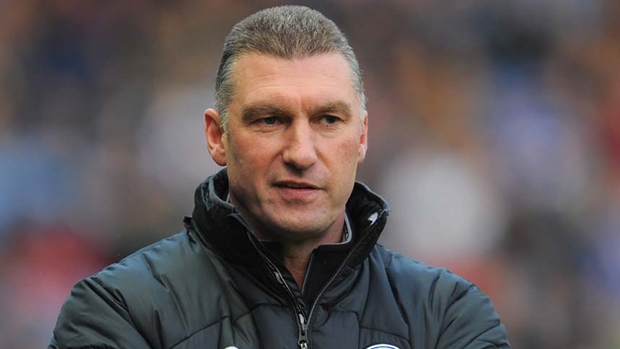