Former basketball hero Michael Jordan looked as though he was the real winner of the Ryder Cup after being spotted watching the action whilst puffing on a humongous cigar.

The creme of the sporting elite have been making their way to Gleneagles in Scotland this week as Europe and the USA square off in the bi-annual golf tournament.

But they don’t get much greater than Michael Jordan, the basketball legend who was an NBA champion six times, and, of course, starred in the 1996 classic movie Space Jam. 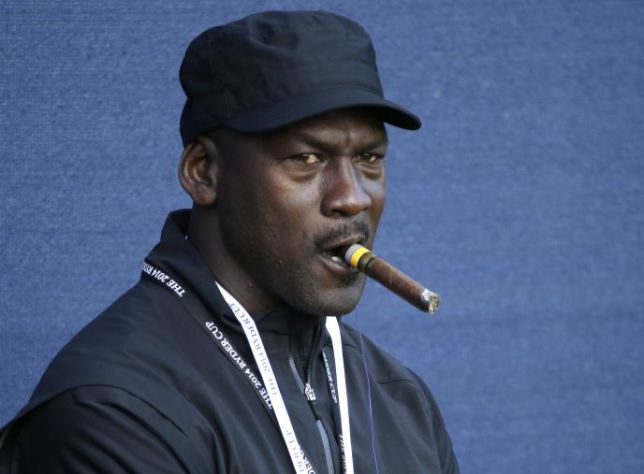 Jordan has been named as one of USA captain Davis Love III’s back room team, and UK clubster Ian Poulter spoke of a rather intimidating encounter with the former Bull.

“I remember walking off the tee box at 13, looking over and he kind of wagged his — I don’t know if you can call it a finger, it looked like an arm — this big finger comes up and he was wagging it at me, pulling a face as if to say, ‘We’ve got you,'” 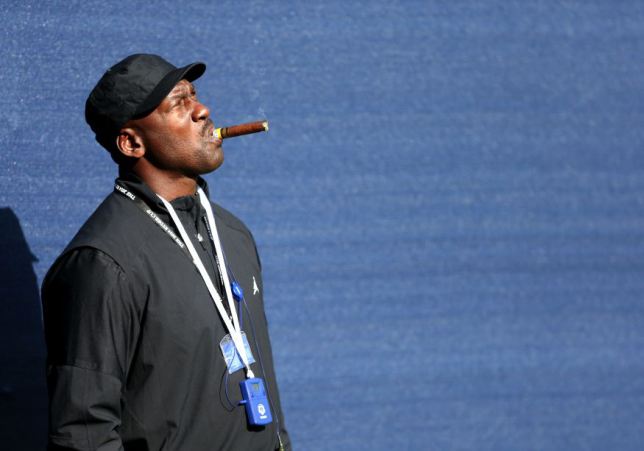 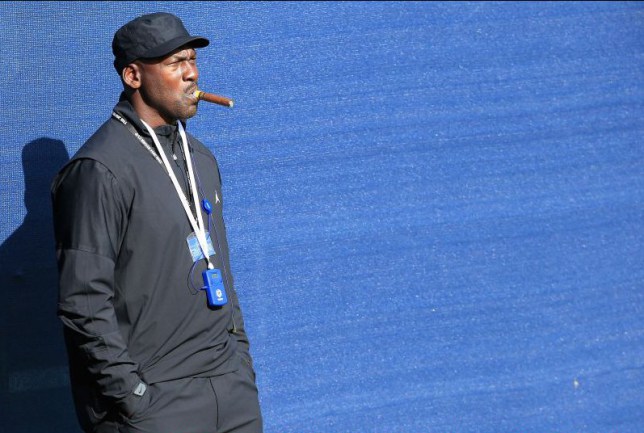