Floyd Mayweather weighed in at 150.5 pounds as he continues to cut down to the welterweight limit ahead of his bout with Manny Pacquiao.

Mayweather has come under the weight expected by the WBC this far ahead of the fight which is set at no more than 10 percent over the limit, and he is now just 3.5 pounds above the welterweight limit of 147-pounds with 24 days to go until fight night.

The 38-year-old is the current WBC and WBA title holder in the division, while Pacquiao is the WBO champion as all three titles will be on the line on May 2 in Las Vegas.

While there is no confirmation of Pacquiao’s weight, the Filipino has often weighed in well under the limit and it isn’t expected that there will be any problems for him before the bout.

The titles aren’t expected to mean much on the night though, but it is certainly worth noting the weights as the pair finally settle the debate over who the pound-for-pound king of boxing is.

Meanwhile, the reason for the checks is that they are designed to prevent boxers draining off too much weight at the last minute which increases the risk of brain damage through fluid loss, and so both fighters are on the right track and are deep in their respective training camps ahead of the biggest fight in boxing history. 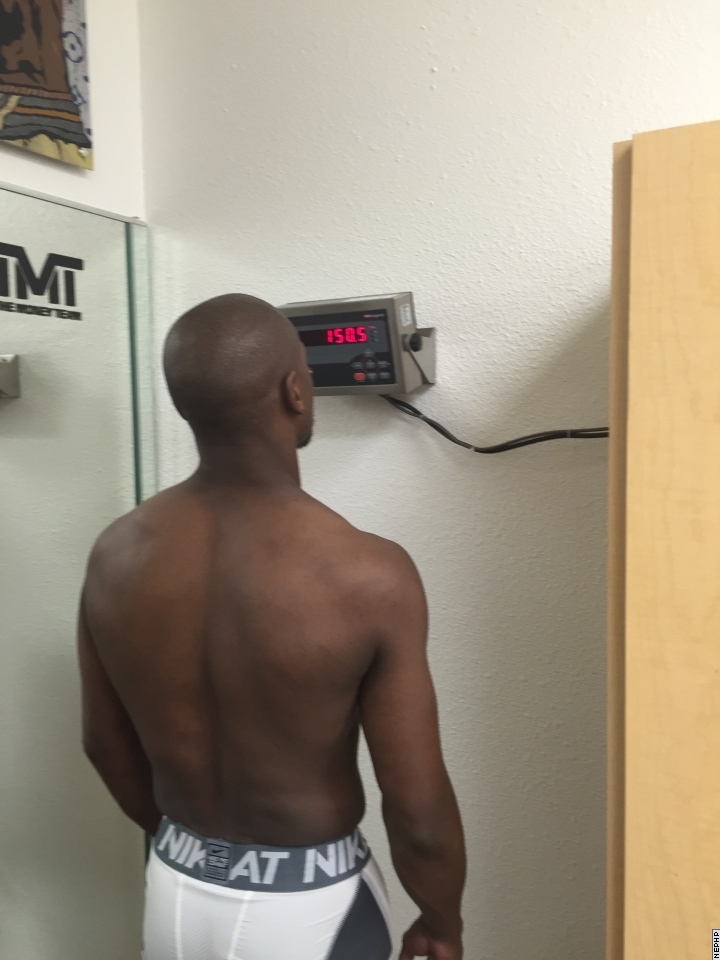