Floyd Mayweather is known for his ridiculous wealth and extravagant lifestyle outside of the boxing ring, but this takes it to a new level. 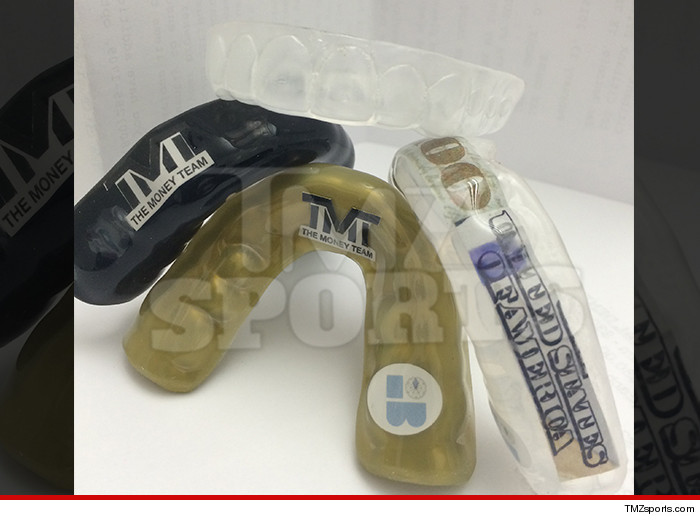 The unbeaten superstar has banked a sensational amount of money during his professional career, with his upcoming super-fight against Manny Pacquiao in Las Vegas on May 2 expected to generate over $400m in revenue.

While there is an argument to suggest that given he is on top in the sport with a 47-0 record and is widely regarded as the best pound-for-pound boxer of his generation, he has the right to splash the cash on what he sees fit.

However, this is taking the ridiculousness to a new level as many will wonder how he can invest in such things to go along with his lavish properties, cars and private jets.

According to TMZ Sports, his mouthpieces are stuffed with real $100 bills, with New York City based dentist Dr. Lee Gause creating them for him after establishing himself as one of the best in the business.

Mayweather has previously customised his mouthpieces with gold flakes and diamonds while the $100 bills which are sealed inside the mouth-guard are the latest in the collection and creates the high price-tag.

Dr. Gause reportedly flies out to Vegas to customise the fit of each guard he creates, while Mayweather insists that his guards help him breathe better than other mouthpieces on the market.

For $25,000 a pop, we should hope that it helps his breathing and preserves that smile of his…