Arsenal defender Hector Bellerin has revealed that he will wear a new squad number in the 2014-15 season.

And he excelled with 39 on his back, thrilling fans in 20 Premier League appearances with his raw pace and attacking energy.

After impressing in his breakthrough campaign, Bellerin seems to have been rewarded with a more respectable number. The Spaniard will wear 24 in the upcoming campaign.

Bellerin’s change of number has annoyed many Arsenal fans, especially those who have bought new shirts with ‘Bellerin 39’ printed on the back.

The former Barcelona starlet was used to promote the kit launch recently. He wore 39 at the event.

It is expected that Arsenal will refund any fans who got ‘Bellerin’ 39 printed on their new shirts at official club stores. However, this has not yet been confirmed. 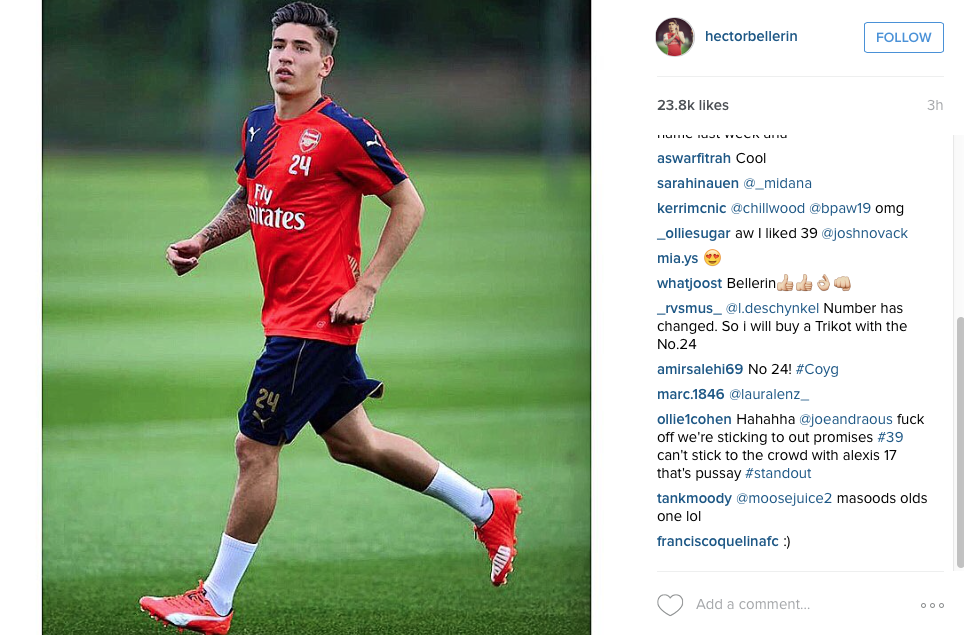