Rabbtiohs made to work for the win against gutsy Gold Coast Titans side.

The South Sydney Rabbtiohs were forced to come-from-behind to secure the win over the Gold coast Titans 30-24 in what was one of the games of the season to date.

Victory ensures the red-hot Rabbtiohs continue their momentum before the second State of Origin period, with Greg Inglis and Chris McQueen set to be missing next round for the red and greens.

South Sydney coach Michael McGuire said his side used its get out of jail for free card after missing 26 tackles and failing to complete 14 sets of six.

“It was frustrating and you could see the disappointment on the players’ faces when they came into the changing rooms,” McGuire said.

“We didn’t play the way we’re capable of, and if we do that too often, we’ll get burnt.

“We were pushing passes when we don’t normally, and to get the two points, we were very lucky.” 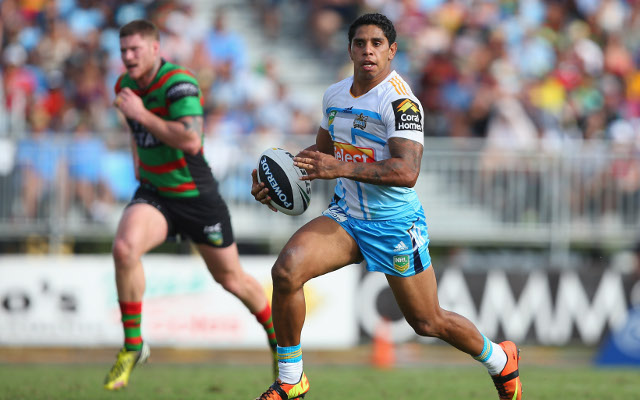 The game was played from end-to-end with both side’s speedsters finding open air to stretch their legs and the opposition defence.

Greg Inglis scored his 12th of the season just 10 minutes into the game and the sign looks good for the Bunnies.

However, off the back of a Sam Burgess mistake, the Titans clicked into gear as Kevin Gordon and Albert Kelly scored within three minutes.

The sides traded blows on the scoreboard before South Sydney produced one of the tries of the year in the shadows of the half-time break.

After the ball passed through eight sets of hands it was Dylan Walker who touched down after a pin-point Adam Reynolds cross-field kick to make the score 18-all at half-time. 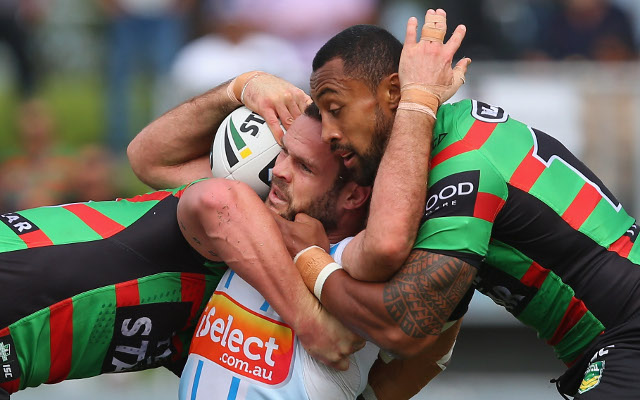 South Sydney jumped out to a crucial lead early in the second half thanks to Titans’ mistakes, with Roy Asotasi and Ben Te’o putting their name on the scoresheet to make it 30-18.

Kelly scored his second try for the game, and his 10th in his last 13 appearances, to bring the Titans back to within six points.

But with just three minutes left, Inglis pulled off a sensational try-saving tackle against Kelly, to ensure his side took home the points. 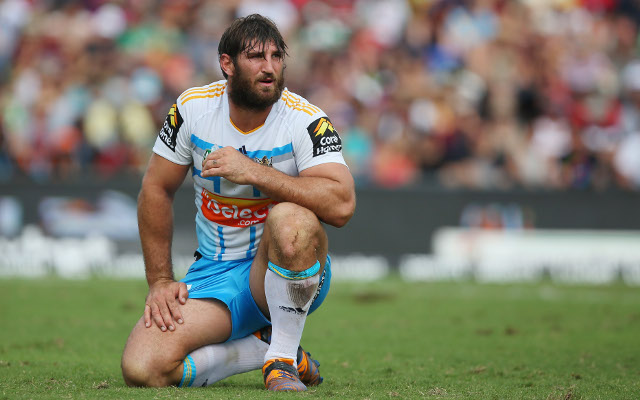 Gold Coast coach John Cartwright said the slow start to the second half, in the end, cost his side a chance to knock off the competition leaders

“We did a fantastic job to hold out as long as we did, and although we got back into the game, we’d spent too much petrol,” he said.

“On the back of the amount of possession they had, I thought we didn’t lose anything compared to them.

“But I’d loved to have seen if the possession had been turned around.”

The Titans will be out to secure their place in the NRL top eight when they play a Melbourne Storm side who is set to be without its State of Origin stars.

The Rabbitohs will take aim at Parramatta in round 15, with another loss for the Eels all but ruling them out of the finals.