Queensland side enjoying a hot start to the new NRL season.

The Gold Coast Titans have continued their impressive start to the NRL season, winning their third game in a row in defeating Penrith 28-10 to see them entrenched in the top eight.

During what was, at times, a scrappy game, the visiting Titans simply made the most of their chances in attack.

The Panthers also had plenty off opportunities to get themselves across the line, but too often the final pass or last-play option for coach Ivan Cleary’s men would be the wrong one.

The loss is the Panthers third in a row, having dropped games to South Sydney and the Wests Tigers in the previous fortnight. 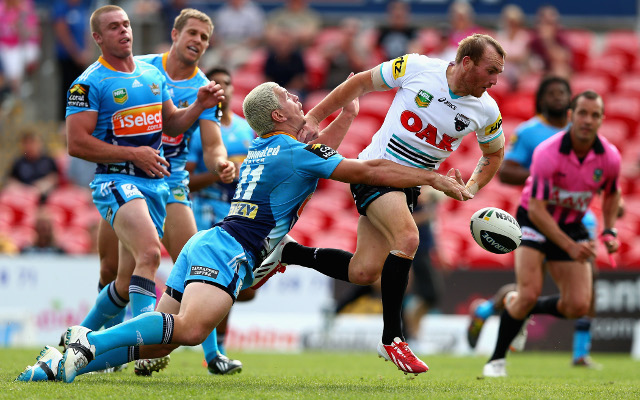 Gold Coast played from in front as David Mead scored his third try for the season, with the accurate boot of Aiden Sezer giving the Titans a 6-0 lead.

The lead was doubled mid-way through the first half when NSW representative Greg Bird crossed as the Titans took a stranglehold on the game.

The Gold Coast took their two-converted try lead into the break, but he Panthers began their comeback when Wes Naiqama scored to make it 12-4.

Both sides then started to exhibit below average vision and work rate as gold chances to either extend or cut into the lead were botched.

Penrith’s discipline started to go out the window as they gave away three penalties in the space of 30 seconds.

After short goal-line drop-out the Titans got a very good shot at the Panthers’ line,
with a double run-around play giving centre Steve Michaels just enough space to score with Sezer’s conversion making it 18-4 with 19 minutes left.

However, Penrith got themselves back into the hunt in explosive fashion, when Tom Humble
out-raced noted speedster Kevin Gordon, to finish off a 90m intercept pass. 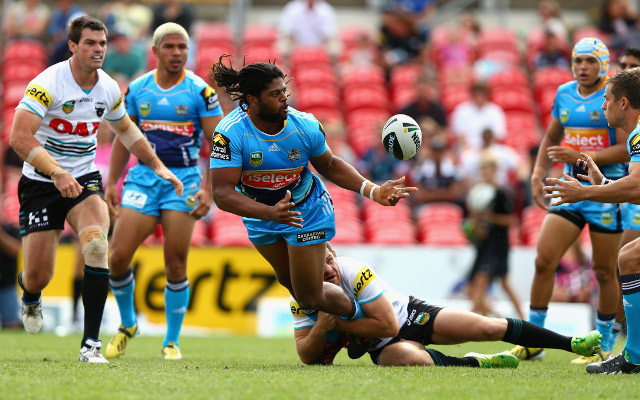 Humble’s try against the run of play left the door for an upset win slightly ajar, with the Panthers trailing 18-10 with 15 minutes remaining.

But typical of their performance, a Panthers’ loose pass was swooped on by Gordon who cruised 80 meters to make it 24-10.

Gold Coast rubbed salt into the wounds when a quick play the ball saw Matt Srama
find Gordon for his double, with a terrific pass.

For Penrith rising star Josh Mansour was again impressive on the wing in securing 16 runs for 211 metres along with two linebreaks and three off-loads.