Matera aggravated a groin injury and will be out of action for two weeks.

Gold Coast up-and-comer Brandon Matera will be sidelined for two weeks after suffering a groin injury during the Suns’ 40-point win over Geelong on Saturday.

The 22-year-old was subbed out of the match during the half-time break, putting a downer on what was a superb performance by the young Gold Coast side.

Scans revealed the midfielder had aggravated a lingering groin complaint, before furthers assessment by Suns doctors determined his fate.

Gold Coast High Performance Manager Stephen Schwerdt said they would look to get Matera back on the training ground during the two-week period.

“It’s unfortunate for Brandon; he’s had some sore groins over the last month or two but we’ve managed that pretty well by looking after it,” Schwerdt said.

“But he had an acute incident where he had a strain in his groin so we anticipate he will miss a couple of weeks and then will look to get him back on deck in that time.”

In other news for the Suns, teenager Jack Martin made his comeback from a long lay-off from shoulder surgery against Geelong and is reported to have pulled up well and will be available for selection this week against Hawthorn. 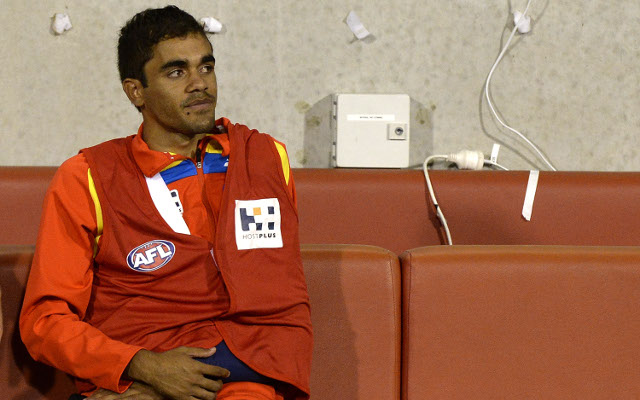