The Gold Coast Suns have stood down Harley Bennell, Brandon Matera and Trent Mackenzie after the star trio failed to meet club expectations following the side’s win over the Brisbane Lions on Saturday.

Gold Coast will be without the three players for its round six clash against Adelaide next weekend after the club’s senior management, leadership group and coaches agreed to hand down the suspension.

The Courier-Mail reports that the three players caught drinking on Sunday despite agreeing to stay away from alcohol following the win over the Lions.

Suns coach Rodney Eade said the club was “disappointed” and “frustrated” with the three players.

“We had clear expectations and we are extremely disappointed and frustrated that Harley, Brandon and Trent didn’t meet these standards,” Eade said in a club statement.

“We have been encouraged that the majority of the playing group have made progress in living the attitudes and behaviours required to be an elite AFL player and team.

“However those who don’t live by the team’s standards will be made accountable, no matter who they are.

“The actions of Harley, Brandon and Trent will leave us incredibly bare on the field this week, but this tough decision reflects the direction our club is heading and we can’t compromise that.”

Gold Coast acting skipper Michael Rischitelli said he expected the trio to learn from their error.

“We all understood and agreed on the standards outlined after the game and we feel let down by Harley, Brandon and Trent,” Rischitelli said.

“We expect Harley, Brandon and Trent to accept their punishment and importantly respond accordingly going forward.”

The Suns’ squad is already threadbare due to injury, and the loss of Bennell, Matera and Mackenzie will leave the side short of options before its clash with the Crows on Saturday at Metricon Stadium.

Gold Coast’s comfortable win over the Lions was its first of the year, with Rodney Eade’s side currently sitting in 15th place after five rounds. 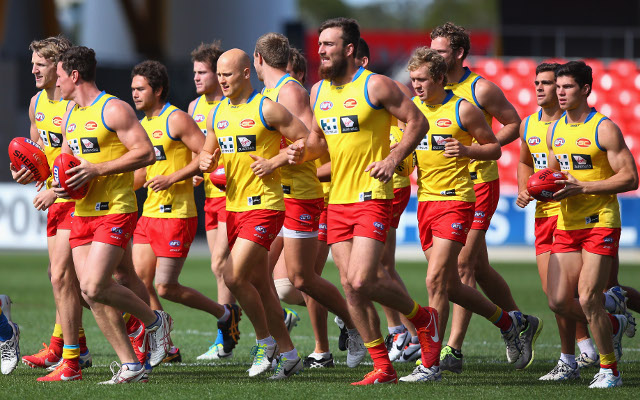 AFL teams round one: Gold Coast Suns dealt a blow before game with Richmond