We take a look at the performances of the French and German sides as Joachim Low’s men edge through to the 2014 FIFA World Cup semi-finals.

Germany have edged through to the semi-finals of the 2014 FIFA World Cup, with Mats Hummels’ early header enough for Joachim Low’s side to see off the challenge of a previously impressive France outfit.

Didier Deschamps’ team seemed flat throughout, however, with their best chance to equalise coming in injury time when Manuel Neuer saved well from Karim Benzema.

Now that the dust has settled on the first of the quarter finals, fanatix takes a look at the performances of those who took the field within the famous surroundings of Rio de Janeiro’s Maracana stadium. 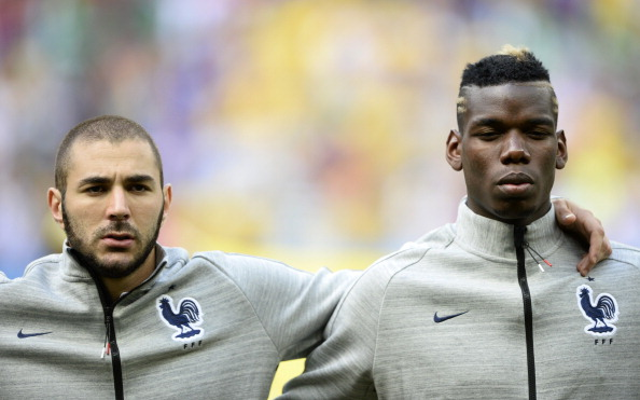 8 – The Tottenham Hotspur goalkeeper had no chance of saving Hummels’ winning goal and otherwise barely put a foot wrong, making a couple of key saves, notably from Andre Schurrle, to make sure his side were still in it at the death.

5 – Perhaps distracted by the speculations surrounding his club future, Newcastle’s Mathieu Debuchy struggled throughout, failing to offer any threat going forward and twice caught out for the best Germany chances to double their lead.

6 – Despite being outmuscled and outjumped by Hummels for the goal, Varane was largely solid and the member of the French defence who looked least likely to make a fatal error at any time.

5) – Went off with what appeared to be an injury in the second half but looked jittery beforehand, conceding possession with sloppy passes on a far too regular basis.

6) – Was better defensively than Debuchy but also struggled to offer much of an outlet going forward in what is likely to be his last major international tournament.

5) – Simply didn’t offer enough as the genuine creative outlet in the French central midfield, too often he surrendered possession when trying to force a killer pass that wasn’t there.

7) – Perhaps the most impressive outfield player for the French, Pogba certainly did his reputation no harm with a dynamic display and couldn’t be held to blame for Les Bleus’ defeat.

6) – Lucky to be playing in this game after escaping a red card against Nigeria, this perhaps affected Matuidi who seemed reluctant to hassle and tackle opposition players with the ferocity that is his trademark.

7) – Consistently looked like the most likely France player to create something, but it never quite came off for the man expected to be moving on from Ligue 1 club Marseille this summer.

6) – The Real Sociedad man didn’t exactly seize the big chance handed to him by Deschamps, albeit he continued grafting until the end and looked distraught at the final whistle.

7 – Fashioned a couple of decent half chances for himself, but was largely not given the service to add to the goals that he has already scored in the tournament. Should really have done better with a fine chance in injury time that was repelled by Neuer.