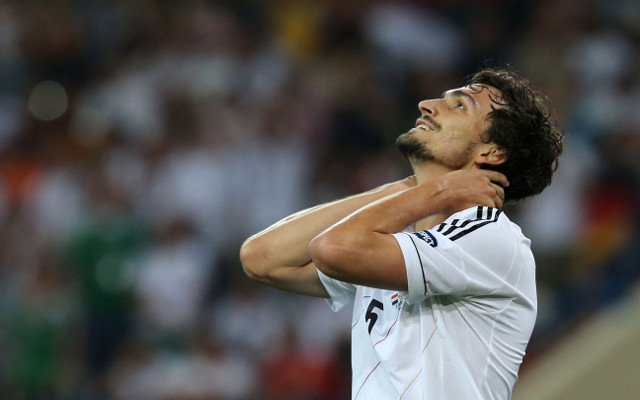 8 – Perhaps the finest goalkeeper on the planet, Neuer exudes confidence and was both quick off his line and showed fine reflexes to save wonderfully from Valbuena and Benzema.

6 – Back in his natural position at right back, Lahm’s performance was not eye-catching enough to credit Low with a masterstroke, but it did seem to add more balance and calmness to the German defence.

7 – Looks far more comfortable in the centre of defence than he does on the right and generally solid, but not as commanding as his partner.

9 – Certainly man of the match, not just for his fine winning goal, but also for the way that he marshalled and organised the German defence as they saw things through fairly comfortably in the second half.

6 – The undoubted weak spot of the German defence, France tried to exploit him through Valbuena and Griezmann but Howedes stuck to his task with admirable gusto.

8) – An excellent performance from Khedira, who seems to be fully over the injury that kept him out for almost all of Real Madrid’s season. Shielded the defence well and used possession wisely.

7) – As with Khedira, showed few signs of ill effects from the injuries that disrupted his season with Bayern Munich and helped Germany to dominate possession.

8) – Excellent again, Thomas Muller is such a difficult player to pick up, nominally starting on the right flank but drifting across the attacking line to cause issues with his movement.

7) – Perhaps not quite as creative as you would hope from an attacking midfielder, but Kroos is evidently an intelligent player who helps Germany to play in the controlled fashion that they have at this World Cup so far.

5) – Much like his first season at Arsenal, it just isn’t happening for Mesut Ozil in Brazil, with one of the stars of the 2010 tournament relegated to the periphery of this match.

6) – Rarely looked like scoring the goal that would break Ronaldo’s World Cup goalscoring record, but Germany looked like a more dangerous team overall with the Lazio man offering a focal point.