If you don’t, what is wrong with you?!

Footballers are no different, managers too.

In fact, Chelsea boss Jose Mourinho once clashed with police over his pooch.

The Special One was cautioned by The Fuzz in 2007 after a dispute with an officer who wanted to quarantine the little fella.

Not all footballing dog owners are so controversial though.

To celebrate #NationalDogDay, click through the pages of this article to enjoy seven photos of happy canine companions to some of the best players in the world. 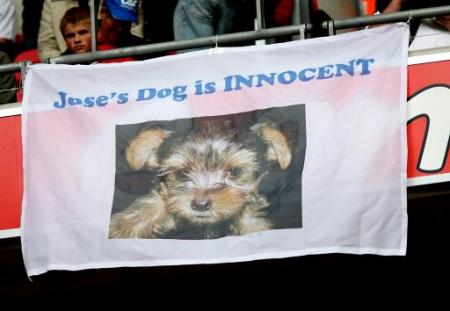