Arsenal’s search for a new no.9 is still ongoing, but the latest reports suggest that Arsene Wenger may have found his man.

According to the Metro, the Gunners are close to beating Manchester United and Tottenham Hotspur to the signature of Aleksandr Kokorin from Dynamo Moscow.

Who is Mr Kokorin?

Here are five facts about the Russian marksman…

Although Kokorin is 6ft tall and wears no.9 for Dynamo, he is not just a typical centre forward.

He can play as a target man, but he is also capable of operating in attacking midfield. 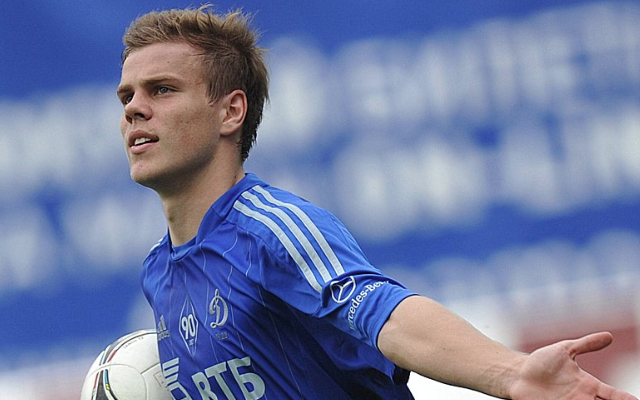