Brendan Rodgers has already been busy adding to his Liverpool squad this summer, purchasing Southampton duo Rickie Lambert and Adam Lallana, and agreeing a deal with Bayer Leverkusen’s Emre Can.

Much has been made of the Reds need to add defensive players, having conceded 50 Premier League goals last season, but one position that might have been overlooked is the need for a new goalkeeper. There is seemingly no way back for Pepe Reina, who spent last season on loan at Napoli, while current first choice Simon Mignolet had a mixed first season at Anfield.

Rodgers will be keeping his eye out for an available stopper who could put suitable pressure on Mignolet, and provide strong competition for the starting role in the Liverpool team. Here are five World Cup stars, who could fill the void:

The 31-year-old Nigerian was impressive as he helped his side reach the Last 16 of the World Cup. He currently plays for French side Lille, but has been in and out of their side, spending the 2012-13 season on loan an Maccabi Tel Aviv. Could be available on the cheap. 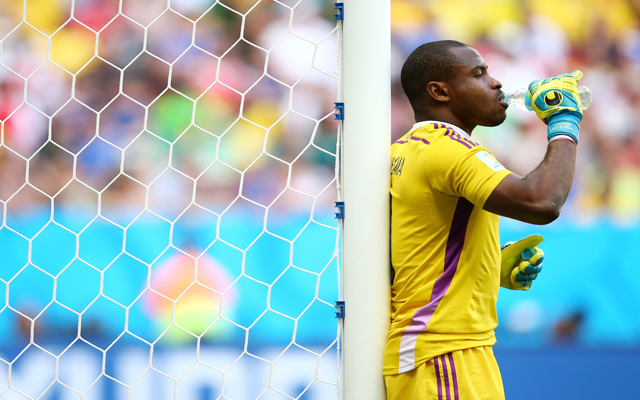